When I first heard of CellBIM, the idea seemed unbelievable — being able to open BIM models inside Excel! But that is exactly what it does. It does not just bring in the BIM property data into Excel to view and analyze as other BIM-to-Excel applications do — it actually brings in the BIM models in all their 3D glory, allows you to view them, and extract the data of any element into an Excel sheet, data that you can then numerically work with as you normally do in Excel.

CellBIM is available as an add-in to Microsoft Excel. It is developed by Nomitech, an AEC technology vendor best known for its CostOS suite of estimating solutions.  While CostOS is targeted towards large enterprises specializing in construction estimating, Nomitech has developed CellBIM to make the data in BIM models more accessible to anyone who needs it, including owners, contractors, architects, engineers, and even building operators and facilities managers after the building has been constructed.

Once CellBIM is installed, you can open up BIM models in Excel in a variety of formats, including IFC, RVT, DGN, DWG, and more. Multiple models can be opened, and if required, they can be synchronized with each other. The models can be viewed in a graphics window alongside the regular Excel interface, as shown in Figure 1. The BIM data in the models can be inserted into the sheets in a variety of ways, and it maintains its association with the linked elements, allowing the data to be automatically updated if the models are changed and reimported into the project. You can also visually see the association between the cells in Excel and the elements in the BIM model that they are linked to. 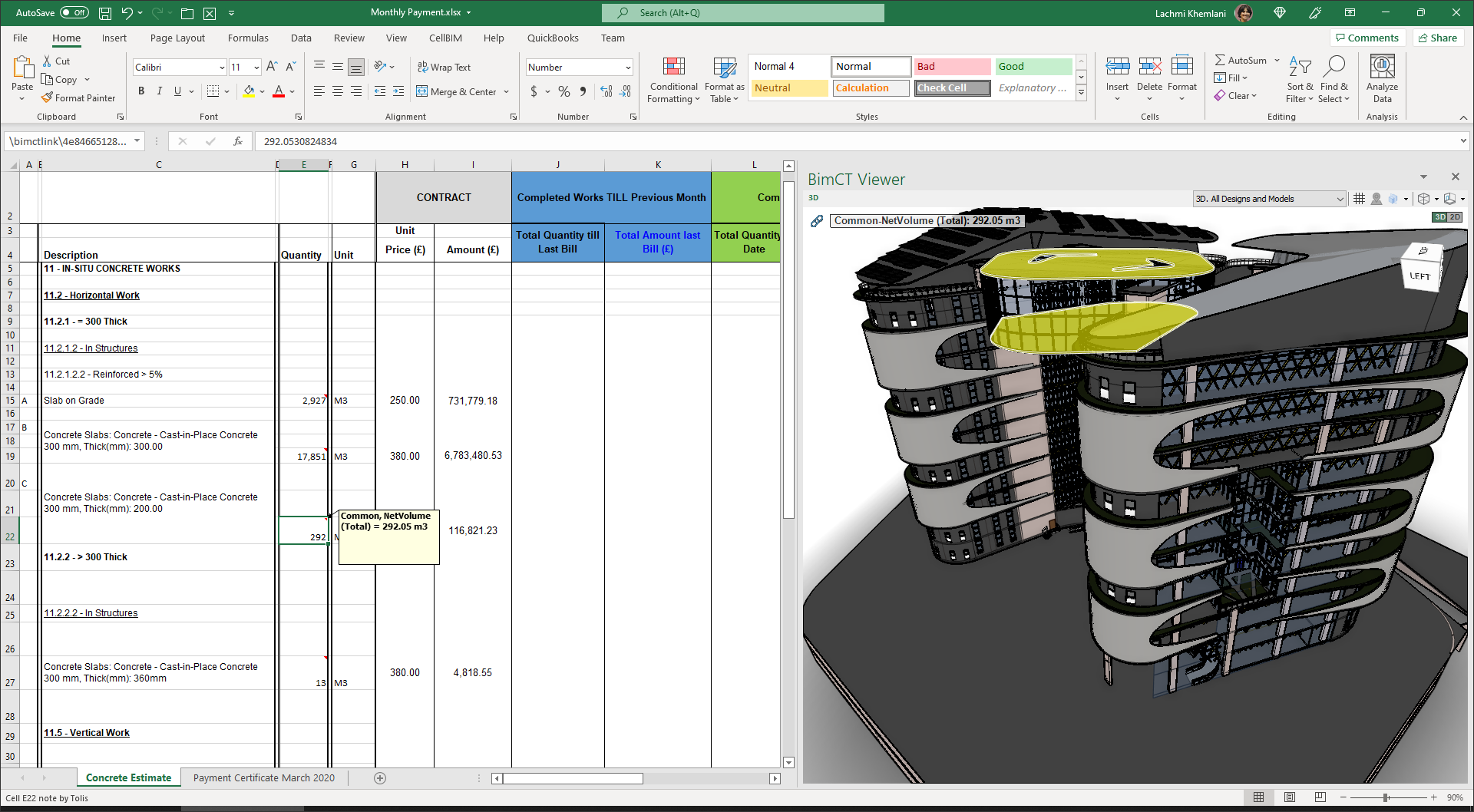 Figure 1. A BIM model open in CellBIM. The model elements linked with the selected cell are highlighted.

One of the main enabling technologies behind the application is the integrated BIM viewer, shown on the right in Figure 1. This is a BIM engine called BimCT that was originally developed by Nomitech for its CostOS suite of estimating applications. In CellBIM, it is this rendering engine that powers the application, allowing you to — visually and interactively — make the connection between the Excel cells and the BIM elements.

Since CellBIM is an add-in to Excel, the project is saved in Excel’s .xlsx file format. Because it contains one or more BIM models, the file sizes are much larger than typically Excel files, closer to those of the files created by BIM applications. If the file is opened by someone who does not have the CellBIM plug-in, they can see the sheets with the data, but not the graphics window with the model. An easy workaround for this when using CellBIM collaboratively in a team is for the CellBIM user to capture snapshots of the BIM model and insert them as images into the cells — these can be seen by everyone, even those who don’t own a CellBIM license. Another option is for all users in the project team to install the free Viewer-only version of CellBIM; they can then see the model in addition to the Excel sheets and experience the interaction between the linked cells and the model.

Since CellBIM is fundamentally Excel, it can be used for any kind of numerical analysis, calculations, etc., with the building data, and it can be formatted as required, as shown in Figure 2. Also, multiple sheets can be created with different sets of BIM data for the same set of models, allowing a complete range of different kinds of analyses to be carried out and documented for the project within one file. 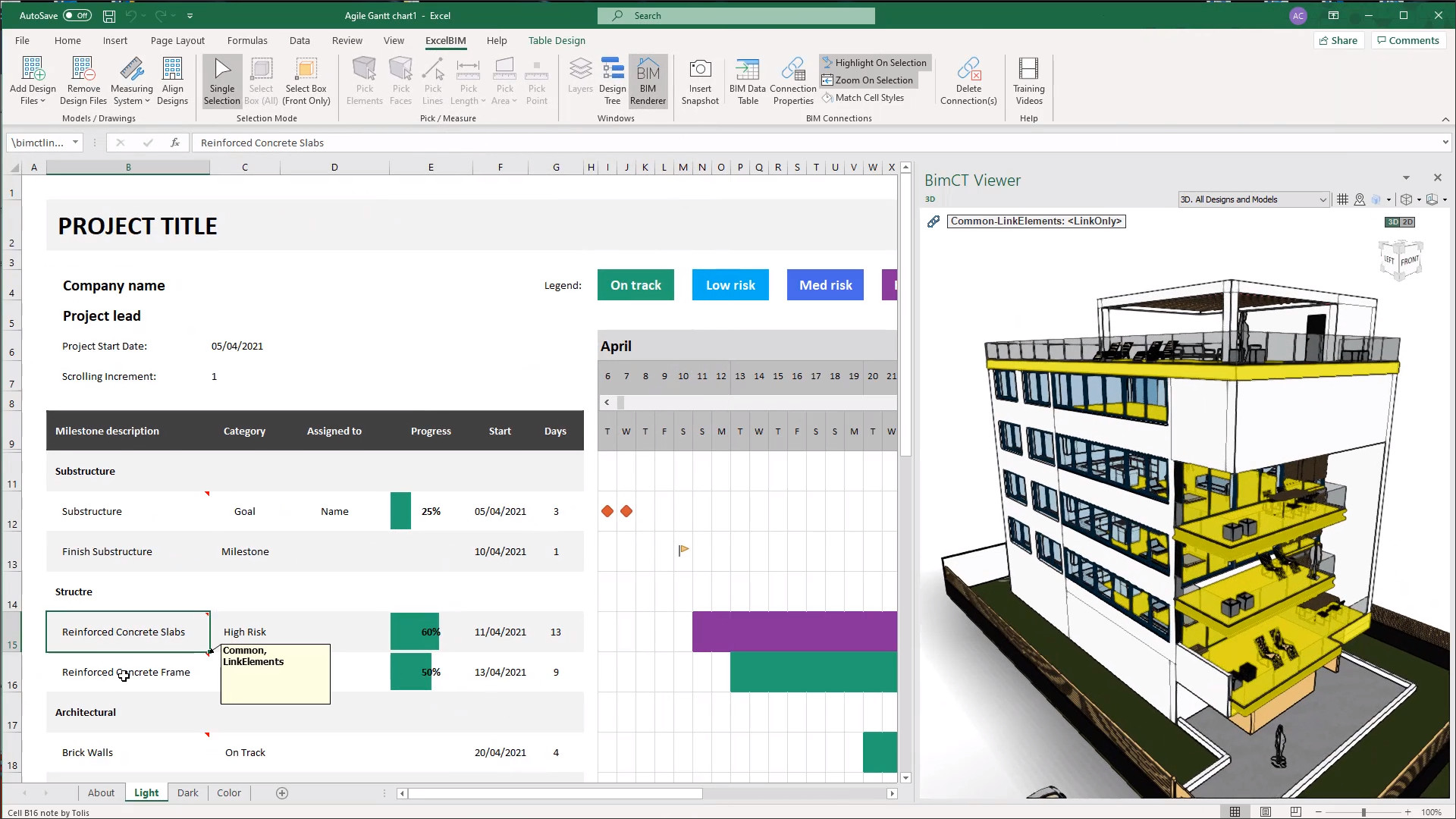 Figure 2. Example of a formatted sheet in a CellBIM project.

Let’s look at how it works in more detail.

Once the CellBIM add-in is installed, it appears in a separate tab in the Excel ribbon containing its own set of tools for different tasks. You would typically start a new project by importing a BIM model from the large number of supported formats, including IFC, RVT, DGN, DWG, iMODEL, OBJ, SKP, DXF, and others. The initial import, especially of a large model, may take some time, as all of the BIM data in the model has to be processed and organized so that it can be explored and queried more quickly later. Also, when a model is imported, CellBIM has access to its saved views, and these are listed, allowing you to choose one of them as the active view instead of the default 3D view (Figure 3). The model is then opened in the BimCT Viewer. 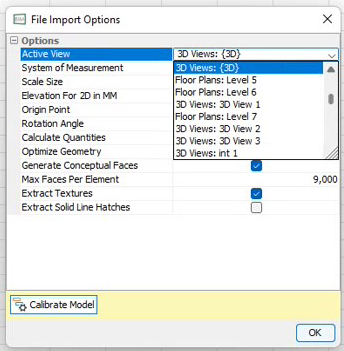 Figure 3. Choosing from among the saved views when importing a project.

If required, additional models can be imported as well, and if they are not already synchronized, there is a Calibrate Model option that can be used to align them with each other by scaling, moving, rotating, etc.

Once the models are in CellBIM, the process of associating the element data in the models with cells in Excel can be started. This can be done in one of two ways: through direct selection or by using the BIM Data Table. For the first option, you can simply select elements in the Viewer, choose the specific property data you are interested in, and drag and drop it into a cell in the spreadsheet. There are shortcuts to making the selection easier, such as the ability to select all elements of the same type once a specific element is selected, the option to filter elements by property, and others. Figure 4 shows the direct selection method being used to get the total count of wall objects in a model. 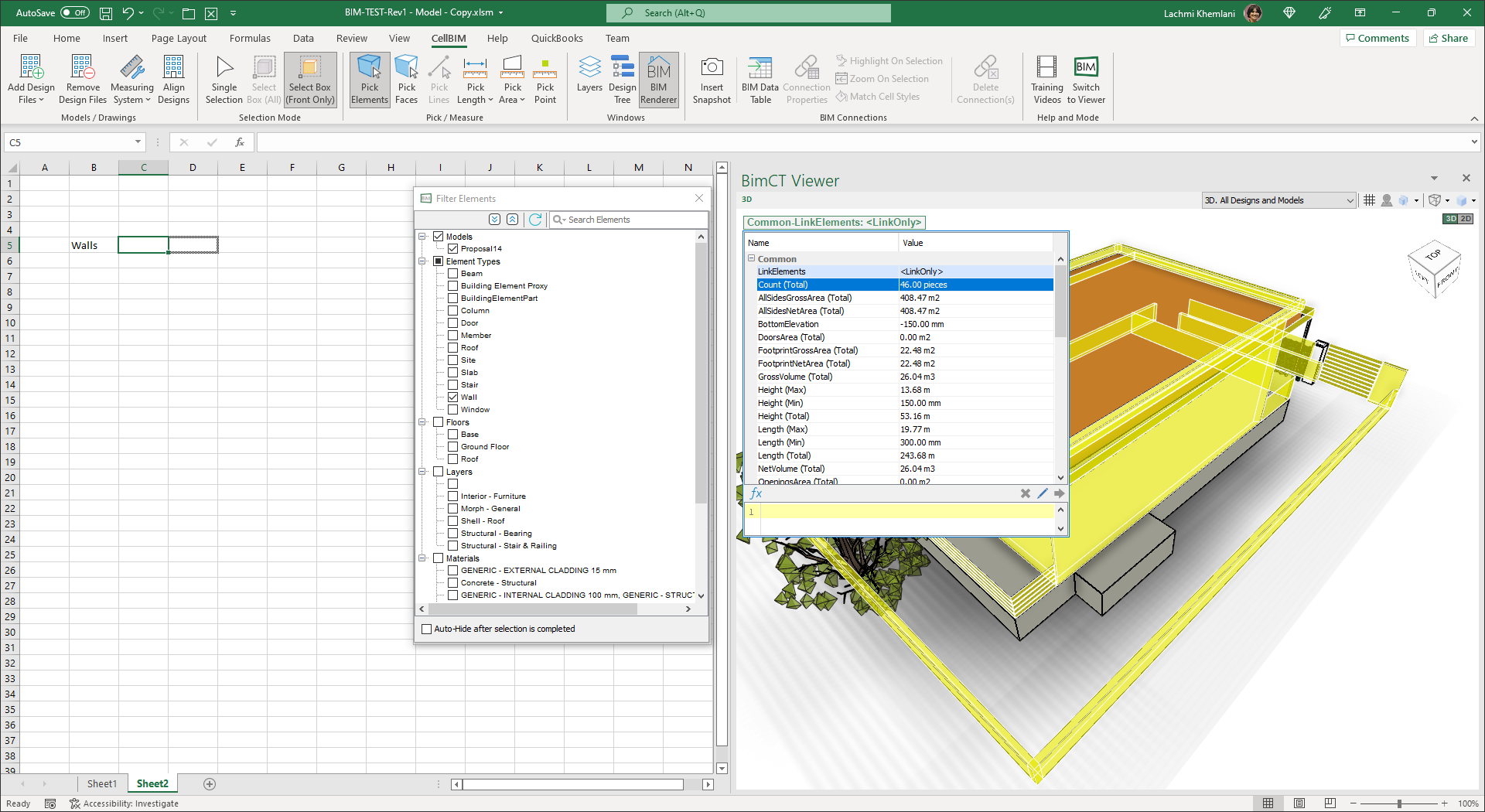 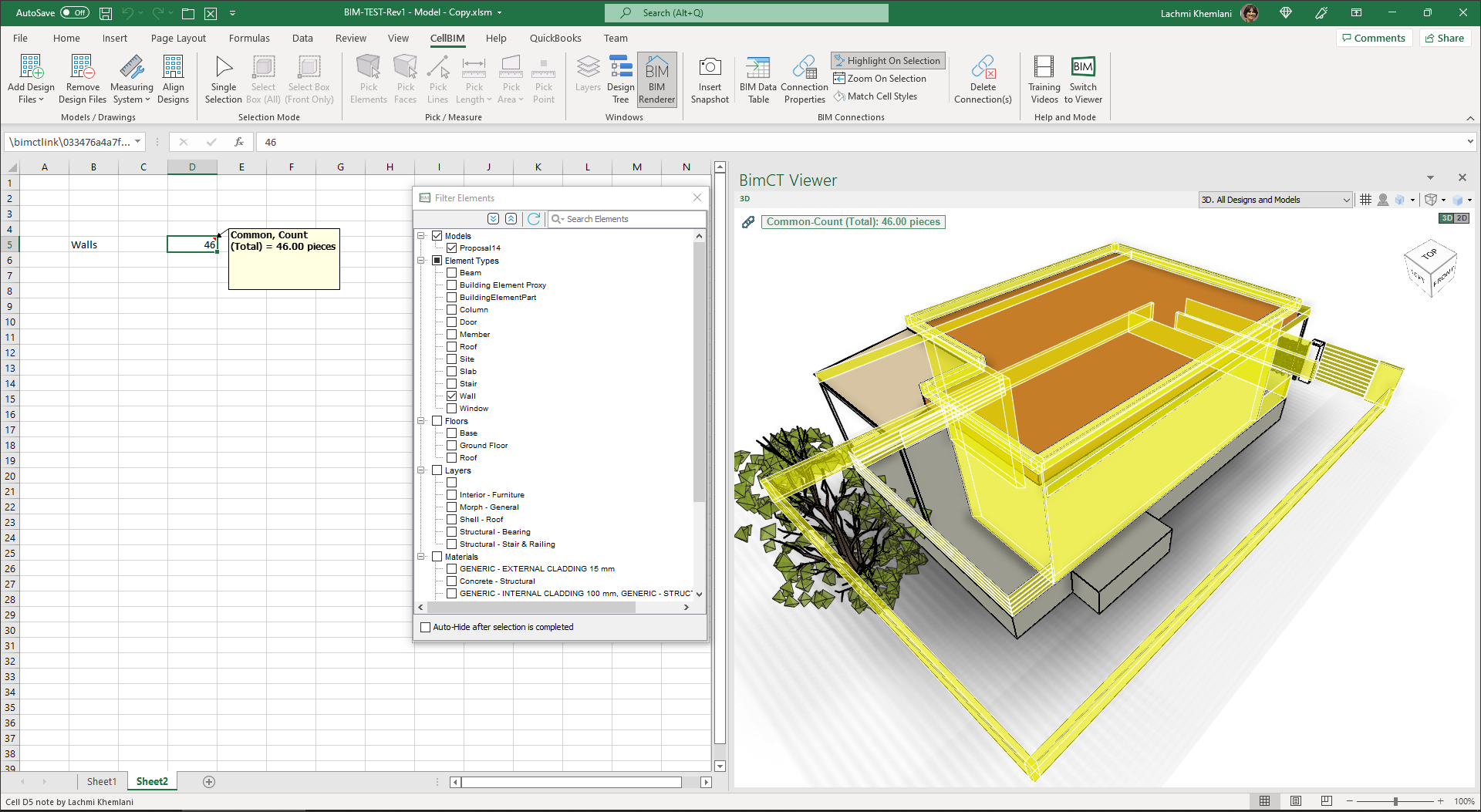 Figure 4. Using direct selection to get the total number of wall objects in a model, using the Count property.

The second method of linking model elements with cells is through the BIM Data Table, which lists all the element metadata in the model, as shown in Figure 5. In this interface, you can drill down the hierarchy tree of the model and extract the exact element data you need. Once this is finalized, you can simply drag and drop the list from the BIM Data Table to the spreadsheet. Thus, in the example shown in Figure 5, the selection list is Wall > Material > Area. You can change the order of the columns and the element hierarchy of the table, as shown in Figure 6, where the same data is now grouped by Storey, a data type that was subsequently added to the table. 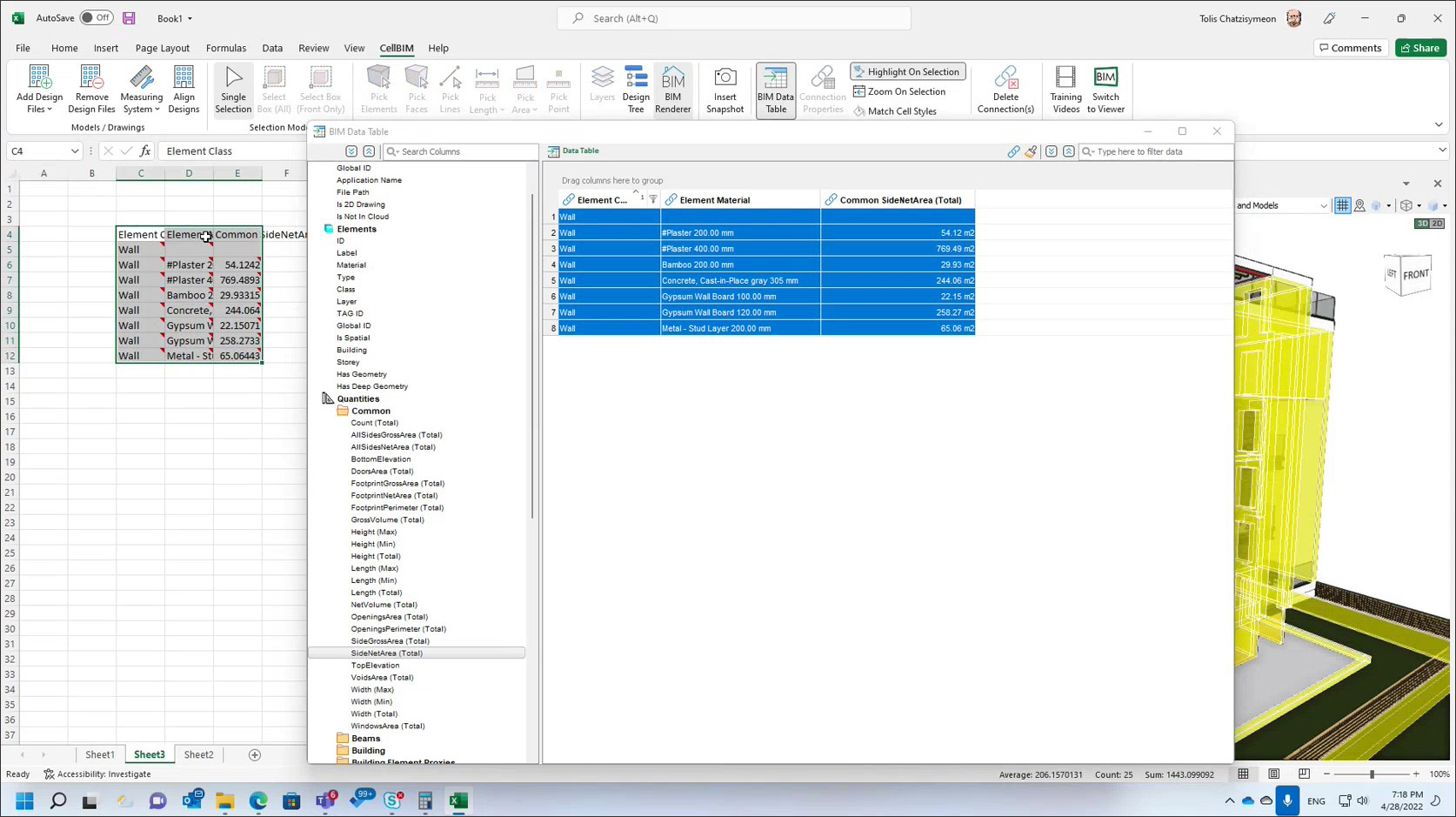 Figure 5. Creating a selection in the BIM Data Table and adding it to the spreadsheet. 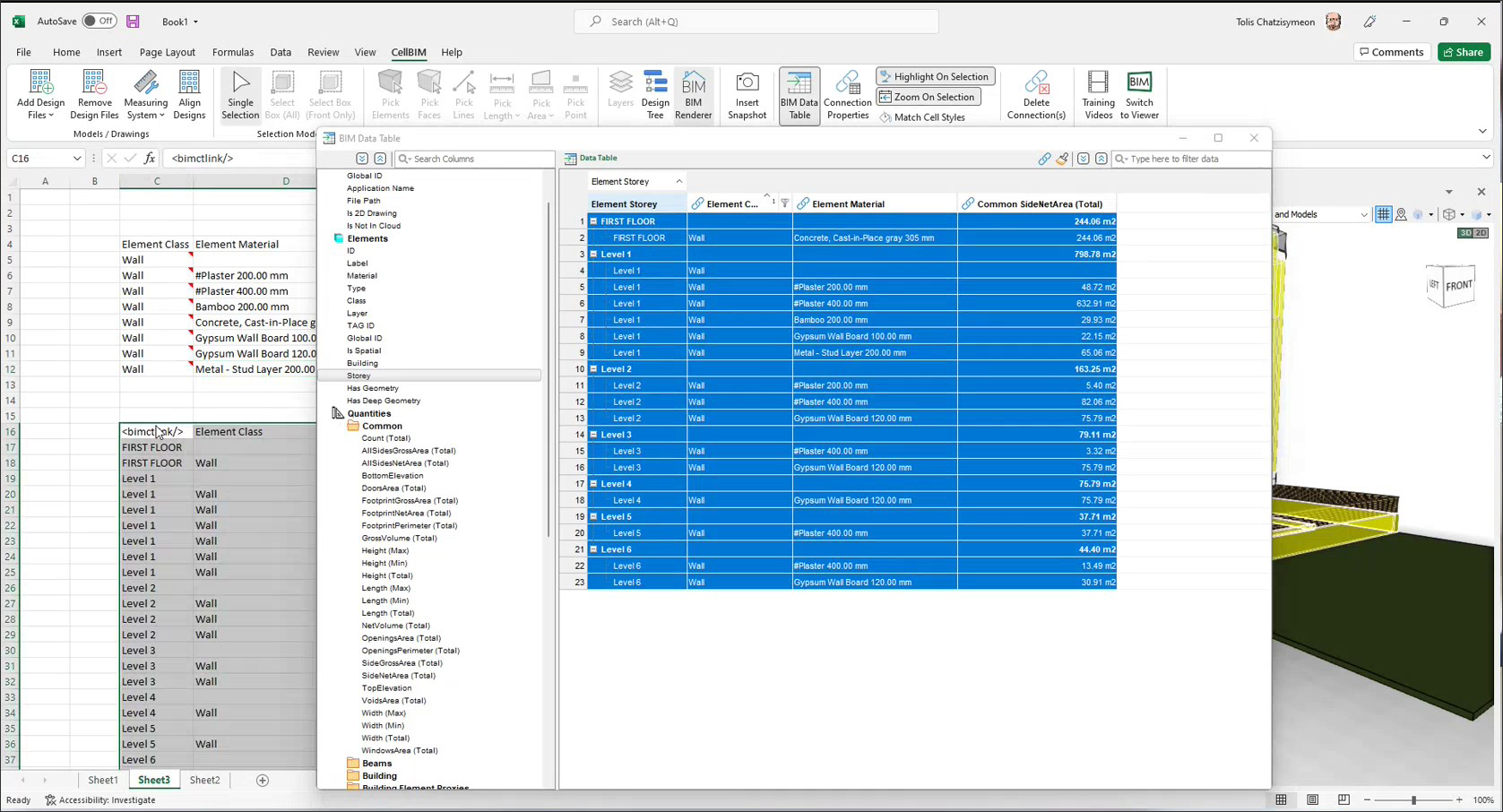 Figure 6. Adding the Storey element to the table and using it to organize the data.

Regardless of how the model data is linked to Excel cells, the display and the behavior of the linked cells works the same way. Any cell that has a link to the elements in the model is indicated by a red triangle in its top-right corner. Clicking on a linked cell selects the elements in the model that it is linked to, enabling them to be seen visually in the BIM viewer. (The default selection color is yellow.) If you color a linked cell, all the elements associated with it are displayed in that color, as shown in Figure 7. This allows you to color-code the model elements if required. Different cells can also be set to different display settings for different elements, which can be especially useful to show different phases or completion states of the design. 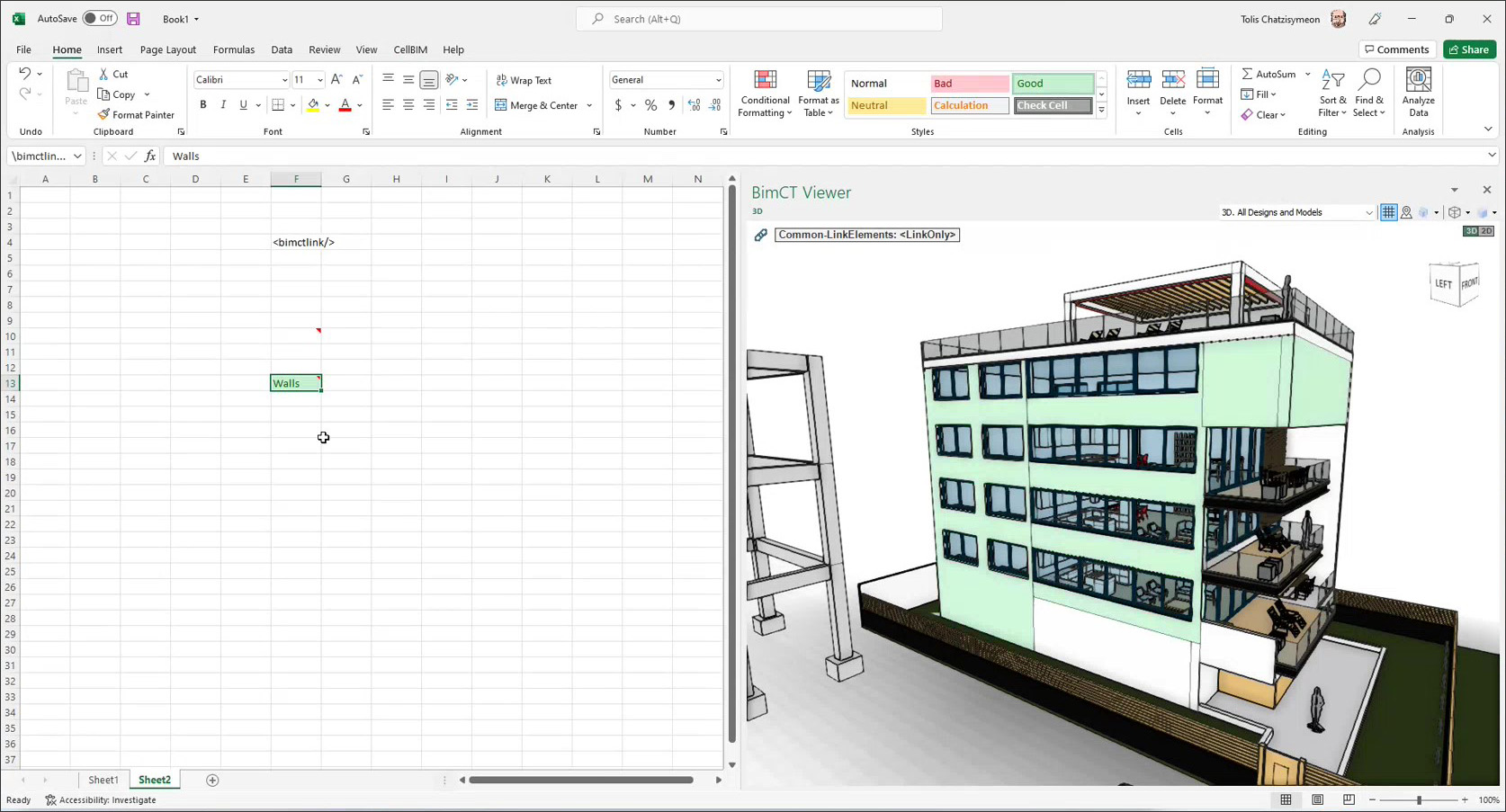 Figure 7. Coloring a cell displays all the elements associated with that cell in the same color.

CellBIM works with 2D drawings, which may be in the form of PDF, DWG, or DGN files, in the same manner. As with BIM models, multiple drawings can be imported in the same project, such as the different floor plans of a building, for example. 2D drawings would typically need to be calibrated to scale them properly, and this is important for accuracy since CellBIM provides the ability to take measurements off a 2D drawing, as shown in Figure 8. There are dedicated tools for this measurement take-off, including a Pick Face tool which can automatically select a face and get its area, as well as a Pick Area tool where you can draw out the area by selecting points. This measurement capability works for 3D models as well, in addition to 2D drawings, using the same tools. 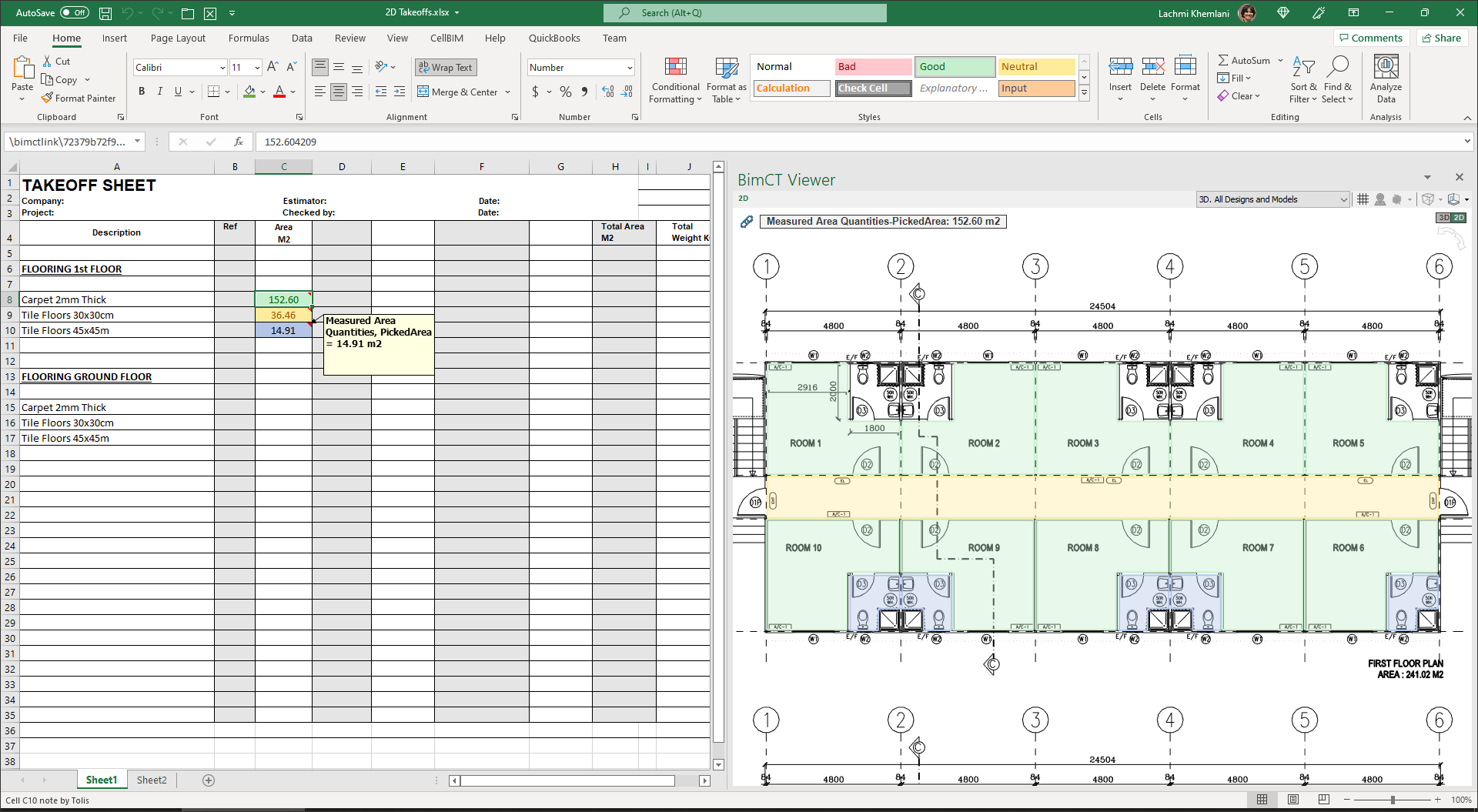 Of all the additional capabilities of CellBIM, mention must be made of the Update Design Files feature, which allows you to select a new design file to replace an existing design file in the project. Prior to replacing the file, CellBIM provides a detailed preview of what has been added, changed, and deleted in the new file in a separate dialog, which is very useful (Figure 9). And once the update is confirmed and the new file has replaced the existing file, the data in all the associated cells gets automatically updated based on the changed data. 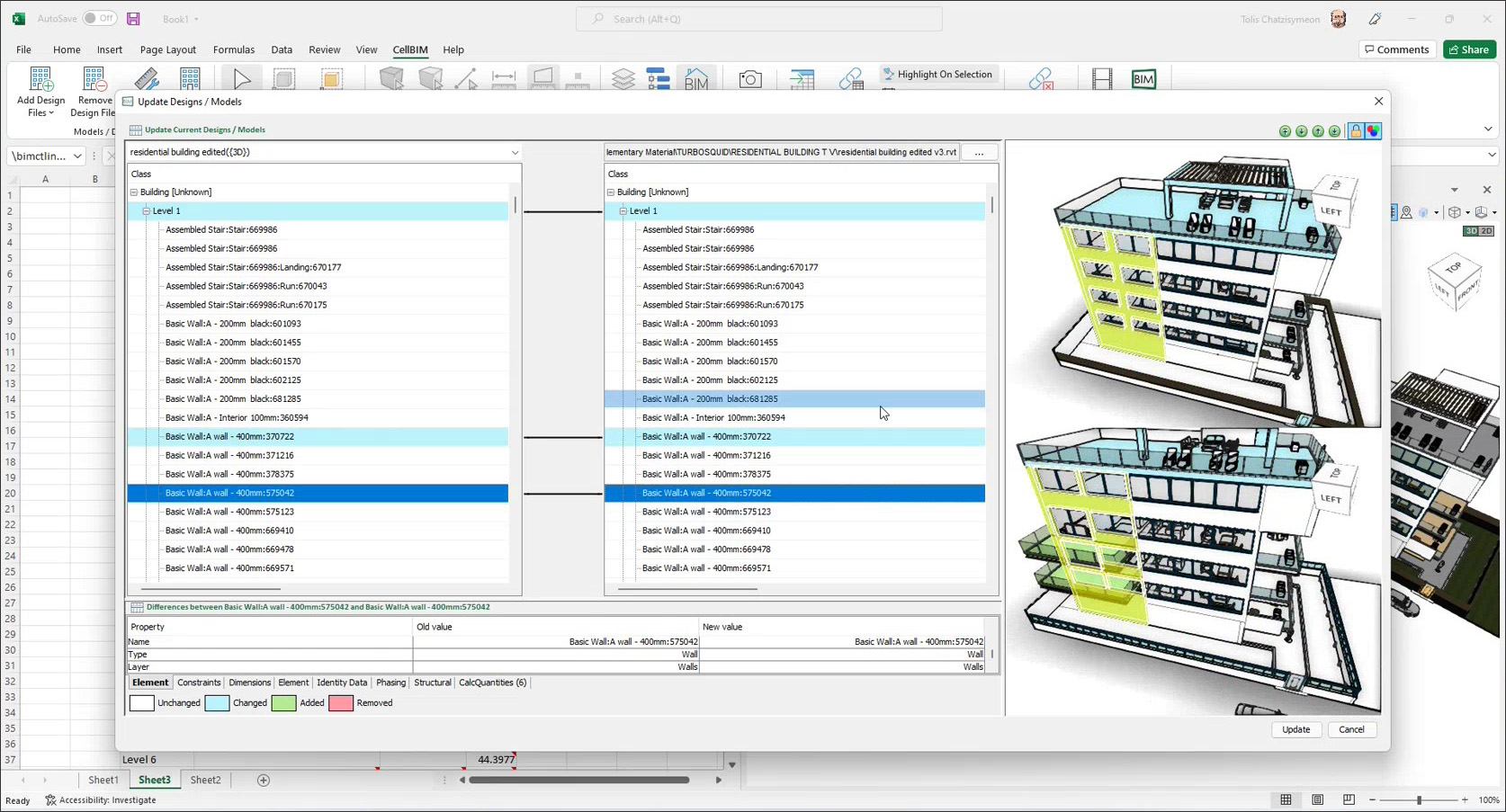 Figure 9. The dialog showing a preview of the changes between the existing design file and the one that has been selected to replace it.

Even though CellBIM was formally launched less than a year ago, it has been in development for 6 years, and it is therefore a well-rounded, fully-featured product. It also benefits from Nomitech’s background and expertise as the developer of the well-established CostOS line of products. That said, some aspects of the application that Nomitech is currently working on improving include a better compression capability of the BIM data so that the CellBIM .xlsx files are smaller; importing saved views when importing models so that views can be switched without re-importing the model; and being able to associate different views with different sheets. Future plans also include developing a standalone web-based version of the viewer that can be used for issue management and measurement, as well as a fully web-based version of CellBIM itself similar to Microsoft Office 365 applications including Excel.

The use of Excel is pretty much ubiquitous in most industries including AEC, and the idea of being able to open up a BIM model inside Excel and work with its data is brilliant in its simplicity. You can actually see the model and work directly with its elements, query it, perform calculations, take-off quantities, and explore any aspect of the design visually.

It is hard to see how anyone who needs to work with BIM data would not find CellBIM useful.

This review explores Visicon, a new solution with a fresh take on model viewing, data visualization, model interrogation, and design coordination in AEC. It also includes some additional functionality for structural engineers. 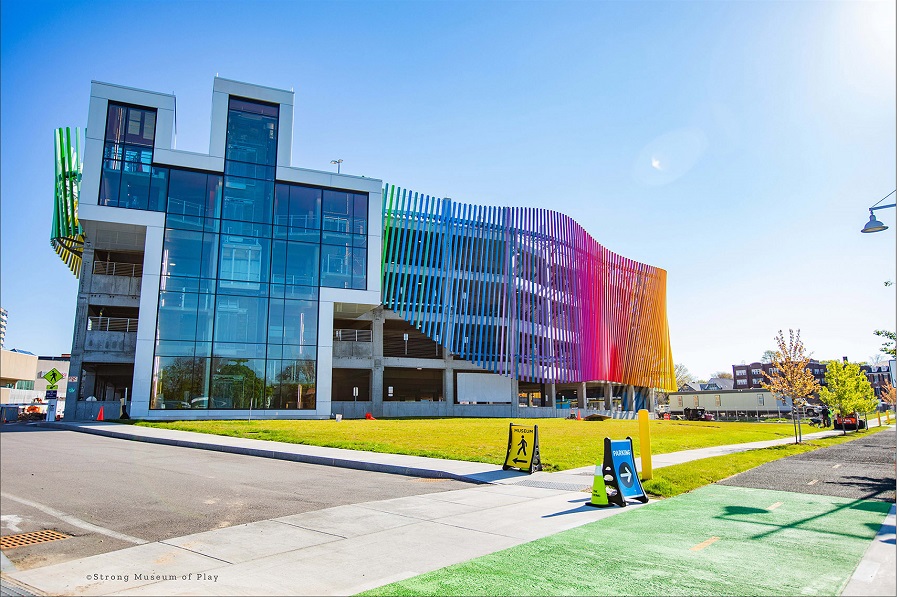 Chris Preston, BIM Manager at LeChase, a construction company with annual revenues approaching $1 billion and 11 regional offices across the east coast, describes its implementation of AEC technology in this Firm Profile. 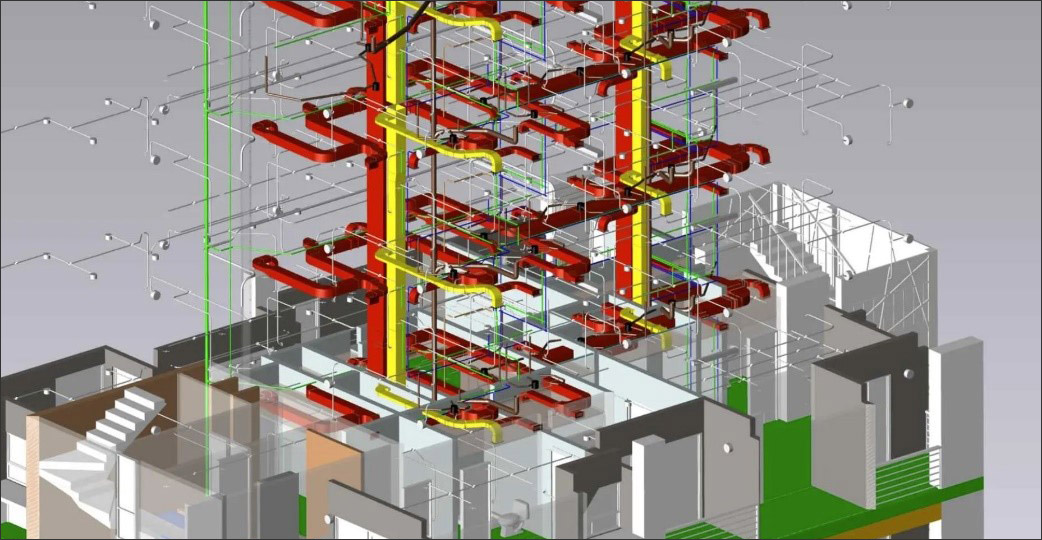 In this article, Erik Hultgren of Tech Soft 3D, discusses the advances made in visualization within the AEC space that keep making it taking quantum leaps forward, unlocking exciting new use cases and capabilities. 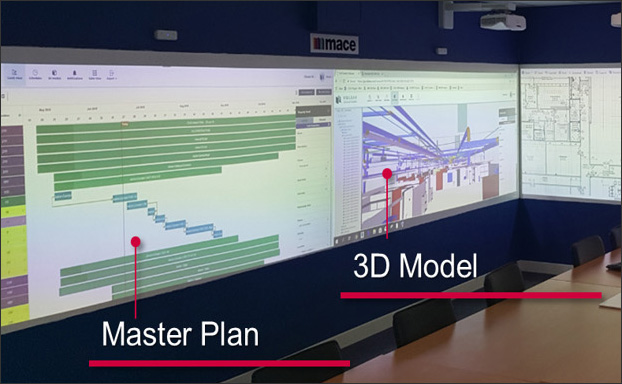 This review explores VisiLean, a cloud-based construction planning and scheduling application incorporating lean principles that can be used for high-level planning as well as individual construction tasks in the field.