Bentley’s signature annual event, The Year in Infrastructure (YII) conference, was held a few weeks ago in Singapore. While I did not attend the event in person this year, the main updates from the event can be distilled from the comprehensive resources about it that Bentley has made available online, including technology and business keynotes from Bentley executives and guest speakers, press releases, product briefings, and project summaries of all the finalists and winners from Bentley’s annual YII awards competition. This article presents a summary of the key technology updates, followed by some additional details about what was shared.

Here is an at-a-glance summary of the main updates:

At last year’s YII conference, Bentley had introduced the idea of Digital Twins, becoming the first technology company to bring the concept to AEC. This year, the concept went beyond being a vision to becoming the raison d’être of the company, the focus of most of the discourse. BIM now seems almost passé, a stepping-stone towards Digital Twins, in the same way that CAD was a stepping-stone to BIM (Figure 1). 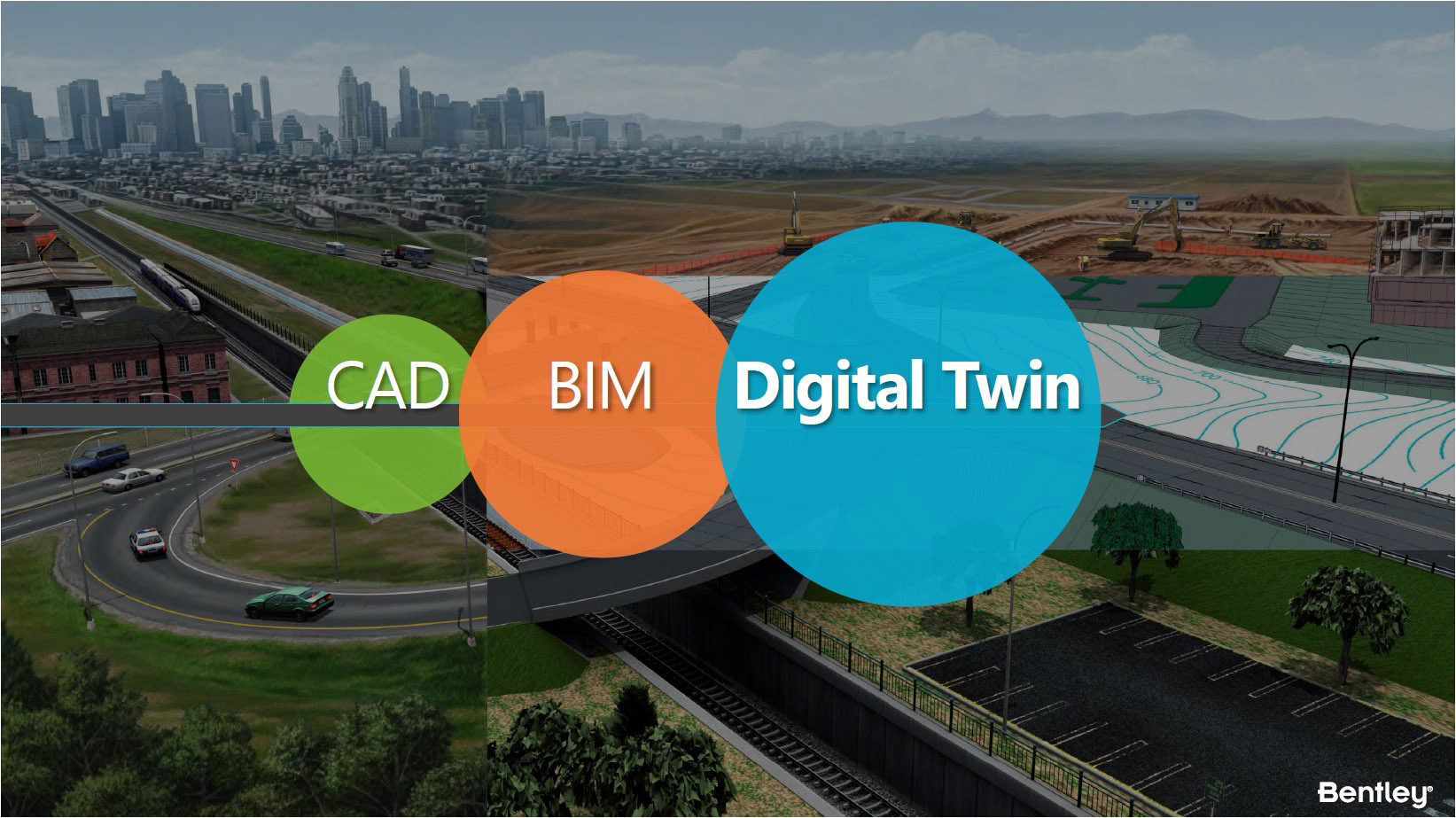 Figure 1. Bentley sees Digital Twins as the next step in AEC technology after CAD and BIM.

The idea behind the Digital Twin technology is relatively straightforward—as the name suggests, a digital twin is an exact replica of a physical asset. This means that a digital twin is not static, like the BIM model of a building, but remains in sync with the physical asset it is “twinning” as the physical object changes over time. While static BIM models are very helpful during the design phase, their usefulness continues to diminish during the construction of a building, and by the time the building is completed and handed over for operation and maintenance, the BIM model is usually so outdated—unless it has been diligently updated throughout the construction process—that it is kept as a archival record of the design rather than something that can be used for the day-to-day operation and maintenance of a facility.

If, however, the BIM model is continuously updated to stay in sync with the physical asset, and it is also augmented by data from IoT sensors in the physical asset so that it reflects the current state of the asset at all times, then it becomes a digital twin that can be used, not just for day to day operation and maintenance of the asset, but also for many different types of advanced analytics. These can include overall metrics for the facility such as cost, safety, carbon footprint, etc., as well as the simulation of “what-if” scenarios for specific aspects such as emergency evacuation, space efficiency, circulation, energy analysis, etc.

Of course, this is the ultimate vision of the Digital Twin technology, and while we are far from it yet—in fact, we have barely begun—Bentley has been developing some tools at least get started. At this year’s YII conference, it unveiled a suite of new iTwin Cloud Services for creating and working with “iTwins,” the term it is using for Infrastructure Digital Twins. The suite comprises tools for reviewing and validating designs and generating design insights, and while the AEC industry already has a number of design review, coordination, and model checking tools, the difference is that those tools were developed to work with static BIM models rather than dynamic digital twins. The idea behind a tool like iTwin Design Review, one of the new iTwin Cloud Services, is that you can upload an iModel of a Digital Twin (iModel  is Bentley’s open file format, described in more detail in this article) to the cloud service and invite other reviewers to work on it (Figure 2); and since the service is web-based, it works within a browser and is easily accessible to everyone 24/7. 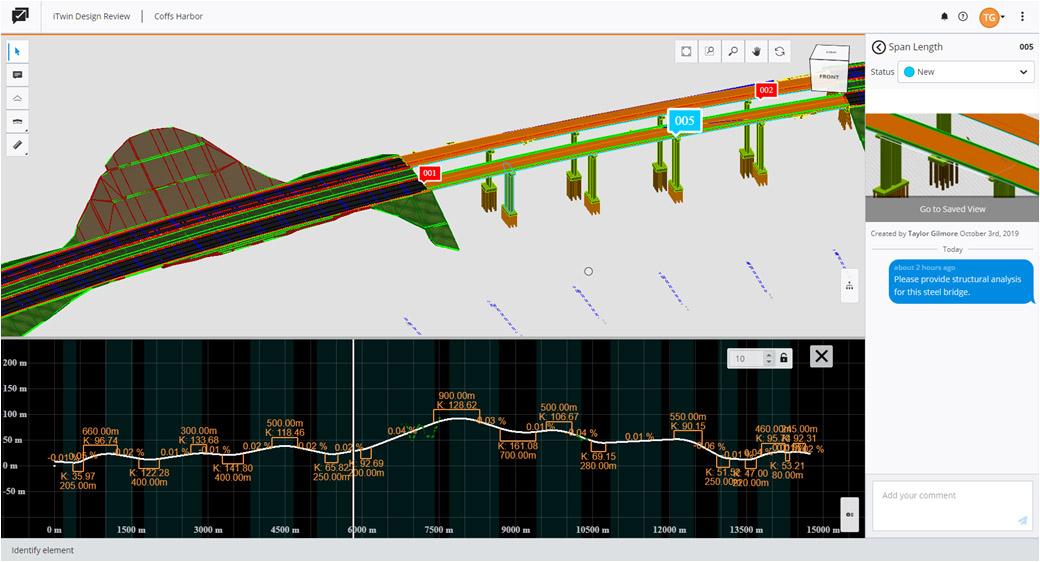 It is important to reiterate that BIM is the starting point for creating digital twins. You need to have a digital model of the building to add the data to, and this would ideally be the as-built BIM model of the building. So, the idea of digital twins is not to start over, as we did while transitioning from CAD to BIM, but to continue working with the BIM model and develop it further rather than stop working on it after the design or construction phase.

Among AEC technology vendors, Bentley has always been a leader when to comes to solutions for all types of infrastructure in addition to buildings including road, bridges, railways, water systems, etc., and it has also had strong GIS capabilities to augment its infrastructure product lineup. Thus, it is hardly surprising that it has taken the concept of Digital Twins and extended it to a city-wide scale, calling it “Digital Cities.” While this again, like Digital Twins, is not a term coined by Bentley—see, for example, the Digital Cities Program at Stanford University—it dovetails nicely into the existing initiative to make cities more technologically adept, known as “Smart Cities,” which is gaining momentum world-wide. I had discussed the Smart City initiative in more detail in my 2016 article on City Information Modeling (CIM) and how the goal of better planned, more connected, and more livable cities facilitated by technology could be better enabled by CIM.

Most of the leading technology companies have a stake in smart cities and participate actively in the initiative—for example, Microsoft has a dedicated business division for smart cities and is a leading technology participant in the annual Smart City Expo, the 2019 edition of which is being held next week in Barcelona. While there was no explicit mention of Smart Cities at the YII conference, I see quite a bit of overlap between Smart Cities and Digital Cities, with Digital Cities—like CIM—being about the technology implementation that will facilitate smart cities. And just as Digital Twins build upon and extend BIM, I see CIM as the foundational technology that enables Digital Twins.

While Bentley has yet not developed any specific new tools inhouse for its Digital Cities initiative, it did announce at the YII conference two acquisitions that are very relevant: Citilabs, which develops software for transportation engineering, traffic simulation, and analytics; and Orbit GT, which develops software for processing and managing the huge sizes of point cloud and reality modeling data. With the addition of Citilabs’s CUBE software for traffic simulation and analytics to the LEGION pedestrian simulation application it acquired last year (see the article, “LEGION and the Technology of Pedestrian Simulation”) and its flood analysis solution, OpenFlows FLOOD (see the article, “Flood Forecasting Technology”) Bentley is strengthening its analysis portfolio for infrastructure assets, which are critical to its Digital Cities initiative. Its other main acquisition, Orbit GT technology, adds to its already strong reality modeling portfolio, which Bentley sees as a vital component of a Digital City to provide engineering-precise, real-world context to support planning, design, construction, and operations of its infrastructure assets (Figure 3). 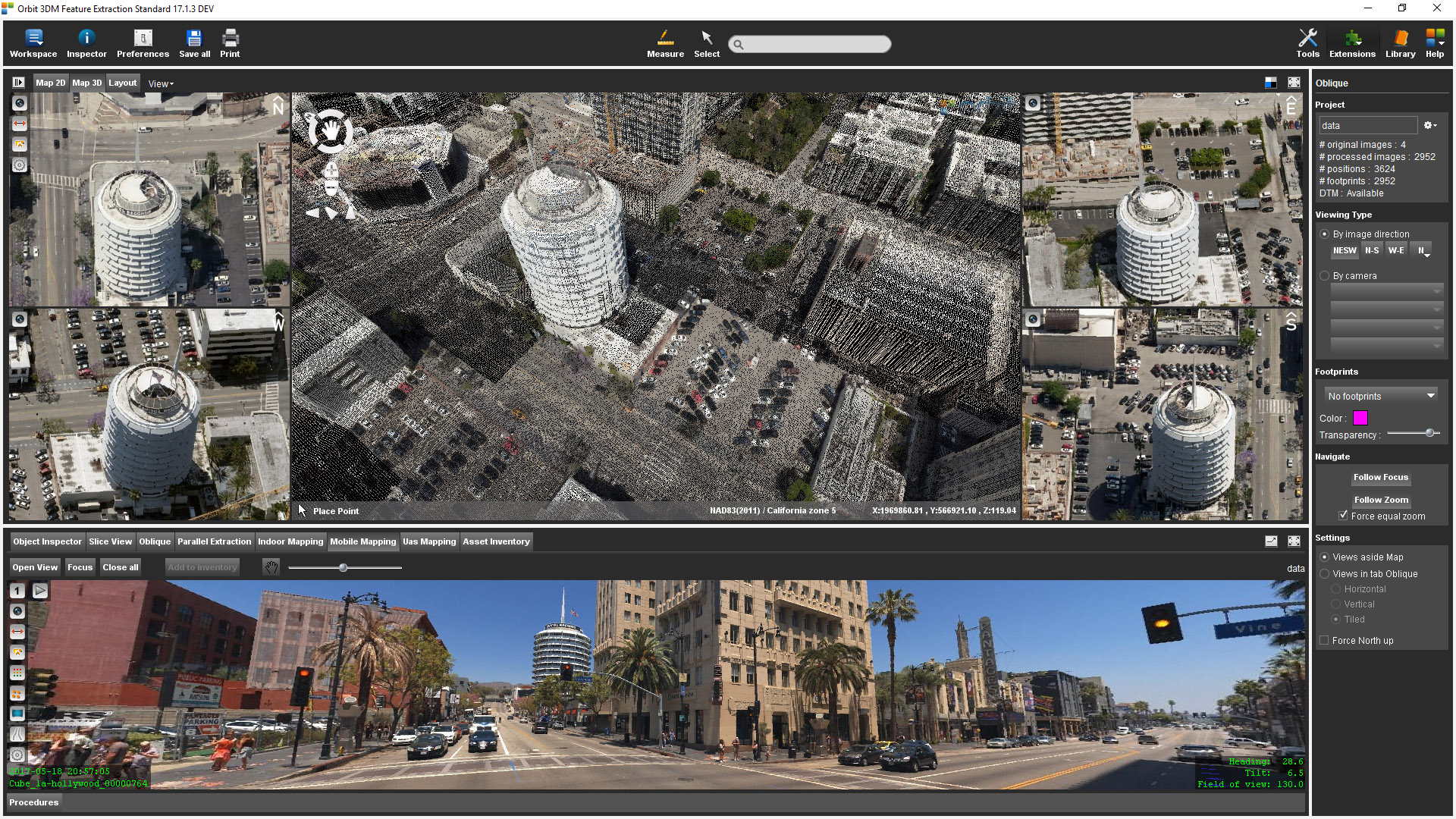 With digital twins and digital cities gaining momentum in the world at large, it is very prescient of Bentley to be the first to bring these concepts to the AEC industry, where they are extremely relevant. They may have missed the boat when it comes to coining the term “BIM,” but they have staked their claim on “Digital Twins” and “Digital Cities” and it will be interesting to see if these terms start being adopted by other leading technology vendors in AEC such as Autodesk. While the value of having a digital twin of a building, infrastructure asset, or even an entire city cannot be disputed—the possibilities are endless, and across all stages including design, construction, and operation—how to best do this is less clear. Bentley, with its comprehensive portfolio of infrastructure solutions, seems to be in a good position to lead the way.