Last month, Epic Games released Unreal Studio 4.21, the latest version of their offering aimed at the AEC industry. This suite of tools is packaged around the company’s Unreal Engine, the underlying technology beneath some of the world’s biggest games, including the company’s own chart-topping title Fortnite. Unreal Studio includes additional features, assets, support, and learning materials specifically focused on helping architects, designers, and other non-games customers use the technology to create real-time interactive and immersive (VR, AR, and MR) experiences.

Originally launched in March 2018, Unreal Studio is currently in beta, and Epic has announced it will remain free to use until September 2019. This is good news for architects and designers who have been thinking about getting into real-time rendering. 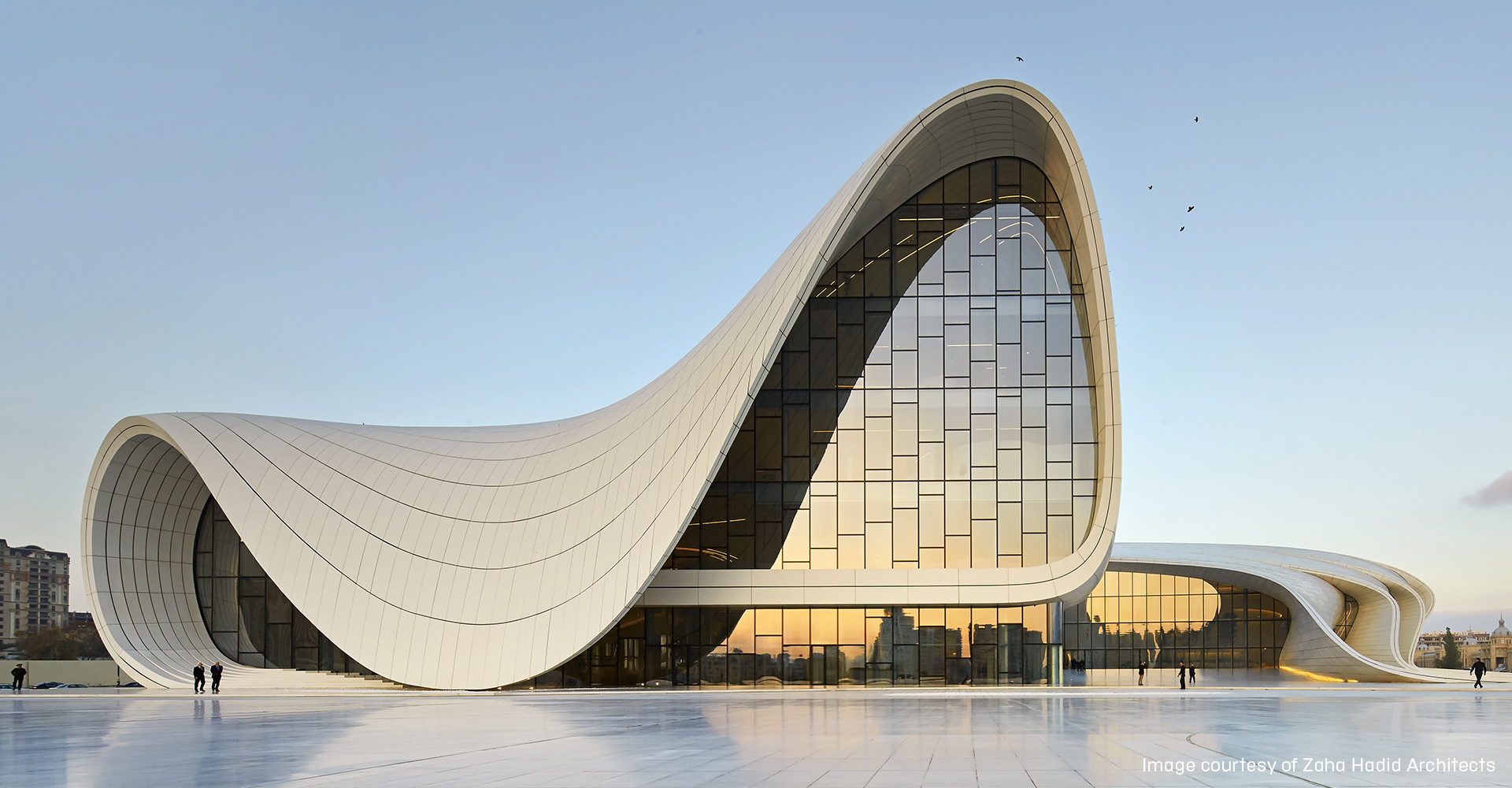 A key component of Unreal Studio is Datasmith, a workflow toolkit that enables users to easily import source data into Unreal Engine, automating many data preparation steps at the same time. Previously available for 3ds Max, SketchUp Pro, and a wide range of CAD formats, this latest release of Datasmith adds support for Autodesk’s Revit and AutoCAD. Epic recently hosted a webinar to introduce the new Revit support, which had been highly requested by its customer base. 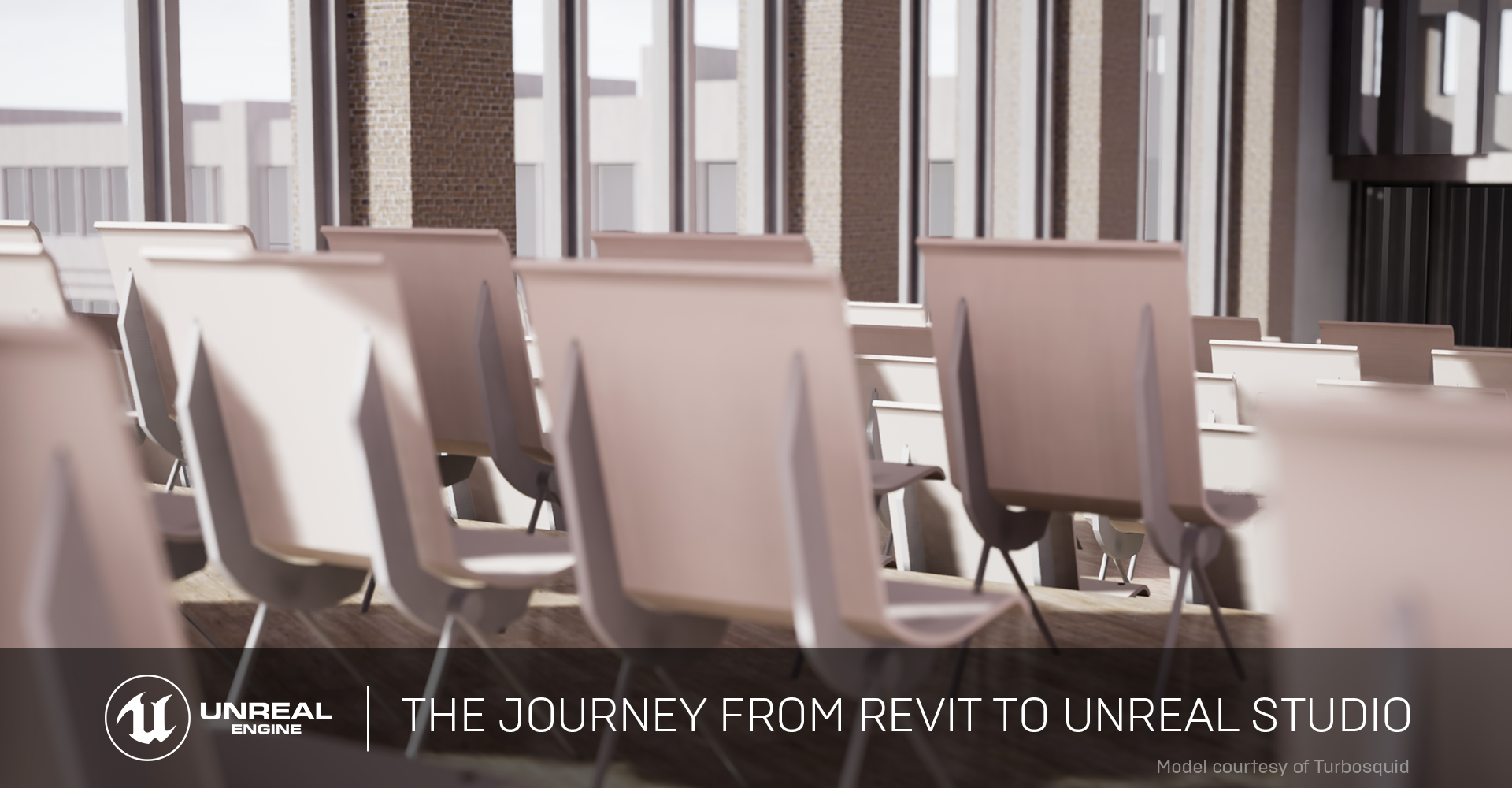 One of Datasmith’s touted features is nondestructive re-import, which means that users can make changes to data in the source package, and then refresh just those changes in Unreal Engine without losing any downstream edits—such as material updates—they had already made in the Unreal Editor. Because this eliminates rework, it gives architects more freedom to iterate on their designs.

Faster data preparation for real-time use

Often, design data is more complex than is necessary for visualization purposes, and too heavy for real-time performance. The previous version of Unreal Studio already included tools for decimation and creating LODs—different level-of-detail representations that can be interchanged depending on the model’s distance from the camera. Unreal Studio 4.21 offers new tools that automatically remove meshes that will not be visible to the camera, and unnecessary details like small protrusions and through-holes.

Many data preparation steps are repetitive and, as such, can be automated. By recognizing metadata stored in the source data, Unreal Studio can batch-process objects with particular properties in different ways. For example, users can create a script to find all meshes of a specific type, such as all hinges or door knobs, and simplify them all the same way, or apply a certain material to them. Unreal Studio supports both Python scripting and its own Blueprint visual scripting language, as well as a full C++ API and free source code access—offering significant possibilities for automation and customization.

Whether you’re exploring variations on a concept, conducting lighting and shadowing studies, or marketing your finished concept to customers, being able to visualize and review your project in photorealistic detail in real time is something that architects are finding extremely valuable. While this has been possible in Unreal Studio since its inception, the latest version offers some new functionality in this regard. 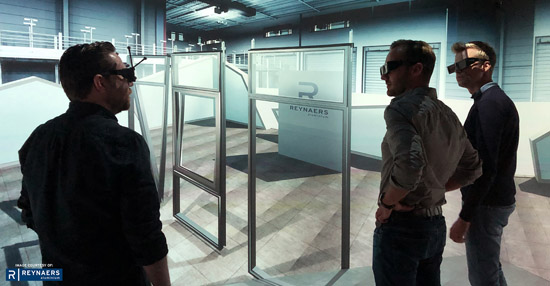 With the inclusion of a new project template, Unreal Studio makes it easy for multiple users to connect in a real-time environment—via desktop or VR—and collaborate on design reviews; they can explore the designs together, yet navigate independently. Pixel Streaming enables architects to interactively present their design to remote viewers at full workstation quality, on any device anywhere in the world—even mobile phones. And a new Sun Position Calculator ensures that the sun’s effect on lighting and shadowing can be accurately visualized for any location, at any time or date.

A recent report by Forrester Consulting found that 84% of architects agree that real-time visualization is important to reduce design errors before structures are built, while a whopping 95% feel that the ability to edit designs with customers is a significant driver towards its adoption. With free tools like Unreal Studio available now, and the architecture market becoming ever more competitive, there’s never been a better time to explore the real-time trend and see what kinds of new media you can produce for your customers.