Labor-Productivity Declines in the Construction Industry: Causes and Remedies

This is a serious problem which indicates that over the past 40 years, construction projects have required significantly more field work hours per dollar of contract. In other words, the construction industry seriously lags other industries in developing and applying labor saving ideas and in finding ways to substitute equipment for labor. While there are a number of construction tasks that have been made more productive through the use of labor saving equipment, it is clear that, looking at the whole industry, there is a significant productivity problem. Why is this the case and what can be done about it? First, let's review the productivity data shown in Figure 1. 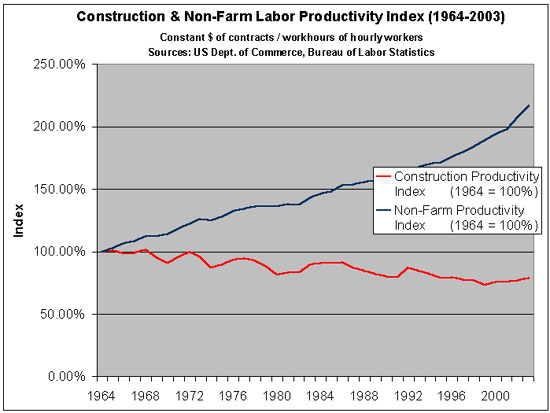 Figure 1. Labor productivity index for US construction industry and all non-farm industries from 1964 through 2003.

The above graphs represent an average for the entire construction industry. The US Bureau of Labor Statistics data for field work hours and US Dept. of Commerce data for contract dollars of new construction has been used, which does not permit breaking this data into finer segments because these agencies do not use the same method to categorize their data. Only at the total industry level can they be compared and used to calculate overall field labor productivity.

The major causes for lack of progress in field productivity are, in my view, the following:

Figure 2. Distribution of construction company size by number of employees, 1996.

Reviewing the above possible causes of declining productivity, it is clear that no one "fix" will change industry performance. However, there are potential areas for improvement.

In summary, it is clear from the above graphs that the construction industry suffers from structural productivity problems that will not be rapidly cured. The slow erosion of labor productivity, the aging of the construction work force, the slow rate of change in field practice and the current lack of student preference for civil engineering education are serious indications that new approaches are needed to revitalize and bring fresh ideas into this industry. Nevertheless, there are significant steps that can be taken that will produce real benefits over time. The most important of these is the introduction of 3D object-based CAD that will allow improved design, team collaboration, construction bidding, planning and execution, and real owner value at all stages of the life cycle. We should not expect construction productivity improvements without a significant change in the information tools and collaboration strategies used for design and construction. 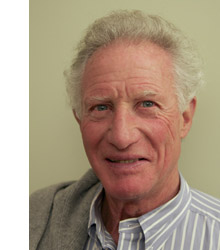 Dr. Paul Teicholz was the Founding Director of the Center for Integrated Facility Engineering (CIFE) at Stanford University from 1988 to 1998. He is currently Professor (Research) Emeritus at the Dept. of Civil and Environmental Engineering, Stanford University, and also works as an independent consultant to the AEC industry and related service providers. Before his academic tenure at Stanford, Paul worked for over 25 years as a consultant and director of IT in the construction industry. He has won several academic and professional awards, including the Construction Management "Man of the Year" awarded by the American Society of Civil Engineers in 1985, and one of the most significant Innovators to "Technology and Materials" in the Construction Industry over the past 125 years, awarded by Engineering News Record magazine in 1999.