Land surveying is an ancient industry, with roots that go back to the Bronze Age. Throughout this rich history, one thing has remained constant in the profession — people. Now, thanks to robotics, humans’ involvement in surveying could change, too.

Businesses have bought more than 100,000 robots a year every year since 2010. Most of this automation has occurred in the manufacturing sector, but that’s starting to change. As these machines become more versatile and affordable, they appear across virtually all industries, including surveying.

Robotics is still a relatively new addition to the land surveying industry. More companies are starting to adopt these tools, bringing the sector closer to a monumental shift. When surveying robots become standard, the industry could look entirely different than it does today.

While the act of surveying itself isn’t inherently dangerous, surveyors can face several risks. Since they typically perform the risk assessments their team members rely on, they face hazards in the area first. These could be anything from wild animals to uneven or unsteady ground.

If a surveyor has to inspect land in a more populated area, there are human-related risks. Cars hit and killed 6,283 pedestrians in 2018 alone, and these accidents are often out of the pedestrians’ control. Having robots survey the riskiest areas could prevent worker injuries and deaths.

Robots don’t get distracted, so they’re more likely to spot hazards in their way. Some dangers, like venomous snakes or insect stings, don’t affect machines. As a result, robot surveyors would lead to fewer injuries, and businesses wouldn’t have to worry much about damaging expensive machinery.

Even if a hazard does harm a robot, that’s better than it hurting a human. Companies can always replace machines, but human lives are irreplaceable. With widespread robotics adoption, surveying would be a safer industry.

Another advantage of robotics in land surveying is how efficient robots are. A traditional, manual survey can take anywhere from a few hours to two weeks or more, depending on the area’s size. A robotic station can complete the same amount of work in much less time.

Modern tools have made it much easier to measure land and make calculations. Even with these resources, though, a surveyor can still only focus on one thing at a time. With a sufficiently sophisticated machine vision system, a robotic surveyor can measure and calculate an entire area at once.

Not all surveying robots are autonomous stations, either. Some robotic technology, like drones, can inspect land from a perspective that humans can’t (Figure 1). Survey drones can cover an area far faster than someone on foot by flying above it and looking at it from a bird’s-eye view.

These speed increases translate into savings, both for the company doing the surveying and the client. Some land surveys can cost as much as $3,000, and the time it takes to survey accounts for much of that. Since robots are so efficient, they could make the industry more affordable. 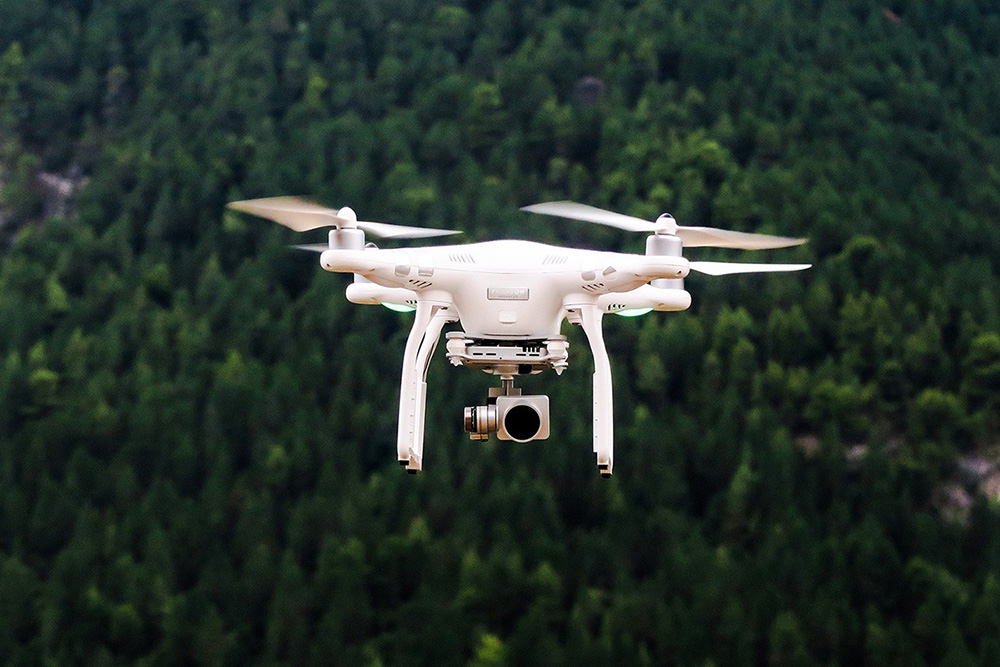 Figure 1. Drones can be used to increase speed and efficiency in surveying.

Robotic systems aren’t only faster than people — they also tend to be more accurate. Even when looking through sophisticated equipment, a person can make mistakes. They could misread or mismeasure something or record it improperly, all of which are less likely with a robot.

Machines don’t get preoccupied with other tasks, so they can’t forget to perform any part of the process. The measuring tools are part of robotic systems, so they’re less likely to misinterpret the data they collect. Human surveyors have a barrier in that they must understand all the readings their equipment provides.

The savings companies get from robots’ efficiency can help them afford more precise equipment, too. With technologies like LIDAR, drones can measure areas down to a centimeter, even from far away (Figure 2). As these machines get more advanced, they could provide surveyors with data they couldn’t get before.

Robotics can improve current readings while paving the way for new factors to measure. Machine vision systems could start to record thermal data, atmospheric readings, or land stability on top of traditional measurements. Land surveying would become a more informative and helpful practice. 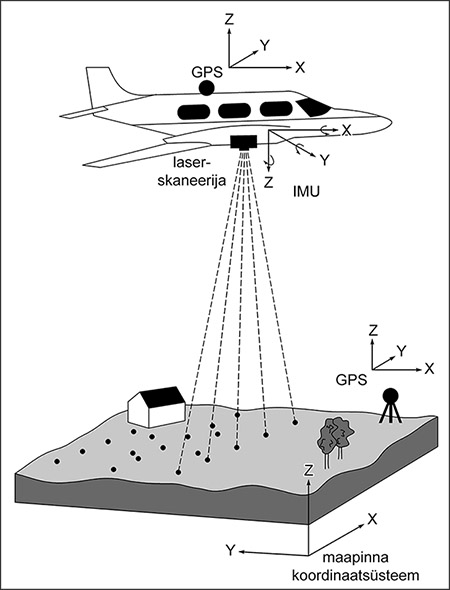 Figure 2. LIDAR consists of a laser, a scanner and a GPS receiver that provide for greater speed and accuracy for surveying.

Right now, most surveys intend to gather information like property dimensions and quality. Since robotic systems can measure more, they could also inspect properties for safety. Construction accounts for many of the most dangerous jobs in the U.S., so any safety improvements are a welcome change.

When construction companies send a robot to survey a property, they could program it to look for risks. The machine could scan and highlight anything from fall hazards to possible environmental problems. Construction crews would then know what to expect when coming to the site and prepare accordingly.

Robotic risk assessment can go beyond looking for present hazards, too. If companies fed the data these robots gather through a predictive analytics algorithm, they could assess future potential threats. These readings could reveal risks, like whether a site may be prone to flooding or earthquakes.

With these advanced risk assessment tools, surveying could make the entire building industry safer. They could help companies determine whether a building would be secure for residents in a specific location. Construction crews would be safer, and they would build more secure structures.

Most people probably don’t think of surveying as a particularly carbon-intensive industry. Still, the process could improve when it comes to energy use and related emissions. Robotic systems could help make the industry greener.

Since robotic surveying equipment works faster than traditional tools, companies consume less energy per survey. They won’t have to run equipment for as long, thus consuming less electricity and fossil fuel. Robots can be solar-powered, too, which reduces electrical use even further.

For larger pieces of land or environmental surveys, companies may need to turn to aerial mapping. Conventional aircraft are notoriously harmful for the environment, given how much fuel they consume. If these surveys used drones instead, they could rely on solar power, eliminating emissions.

Since robotic surveys can be more informative than traditional ones, crews will have to visit a site less frequently. As a result, it would lead to fewer transportation-related emissions.

Robotic surveying systems could lead to a new practice in the construction and building industry — automated valuation. When robots are surveying a property, they could gather data to estimate its value, not only boundaries and qualities. Typically, a person or group of people would perform a valuation based on survey data, but this process could become automated.

Not all robots are physical machines. Some, called software robots, automate computational work, like analyzing data related to property value. If companies turn to automated valuation, it could lead to considerable savings. Computers work faster than humans, so the process wouldn’t take as long, and they could produce more accurate estimates.

Algorithms tend to be better than humans at making connections between seemingly unrelated data points. That’s why so many companies use AI for big data analysis. The same technology could determine a property’s value, accounting for things a person might miss.

Some real estate companies, like Zillow, use algorithms to estimate property values, but these may be inaccurate, thanks to poor data. Using up-to-date information from robotic surveys would solve this issue. Automated surveyors would gather precise data, so analysts can produce accurate estimates.

Since robotic surveyors have so many advantages over human ones, the concept can have troubling implications. As with all automation applications, some people worry that these machines will steal jobs from people. Robots may hinder surveyor job growth in the near term, but in the long term, they won’t take jobs so much as change them.

Some people estimate a shortage of land surveyors, which would assuage many fears over job loss. It’s also crucial to remember that robots work alongside people, instead of replacing them. A robot may be able to survey a property autonomously, but a human will still have to look at and verify the results.

As these robots become more common, the job of humans in surveying will change. The sector will employ fewer people in surveying roles, but they’ll need people for more technical work. Surveying will become a more tech-centric industry, hiring more data scientists and IT professionals to manage and maintain the robots.

This shift isn’t unique to land surveying. With more automation, some jobs start to disappear, but others open. In the end, this typically results in a net positive change for job availability, even if it means temporary displacement.

The surveying industry has yet to adopt robots at a substantial scale. As these technologies improve and become more affordable, more companies will implement them. With higher adoption rates, the benefits will become more apparent, leading to exponential robotic growth.

Robots can improve almost every aspect of surveying. In a few years, the industry could look entirely different thanks to automation, and that’s for the better. 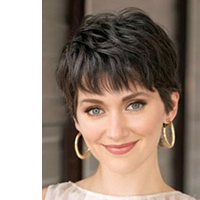 Jane Marsh is passionate about the role of technology in helping the planet. She is a freelance environmental and green technology writer and the Editor-in-Chief of Environment.co.