While digital twin technology — used to create the digital replica of a physical object that is always in sync with it — promises to be the next big thing in AEC technology (see “Digital Twins in AEC”), it is still early days to find actual implementation examples that can be used to guide widespread implementation in the industry. Which is why I was extremely impressed to come across what seems to be a fully realized example of a digital twin in action. This is the “smartBRIDGE Hamburg” project, which I learnt more about in a recent buildingSMART webinar showcasing some of their 2021 award-winning projects.

The bridge that the smartBRIDGE Hamburg project refers to is the Köhlbrand Bridge (Figure 1), a cable-stayed bridge in Hamburg, Germany, that is one of the city’s best-known landmarks as well as the backbone of its economy. With a total length of 3.6 km (2.2 miles), it is Germany's second longest road bridge and one of its busiest, with around 36,000 vehicles crossing it every day. It was opened in 1974. 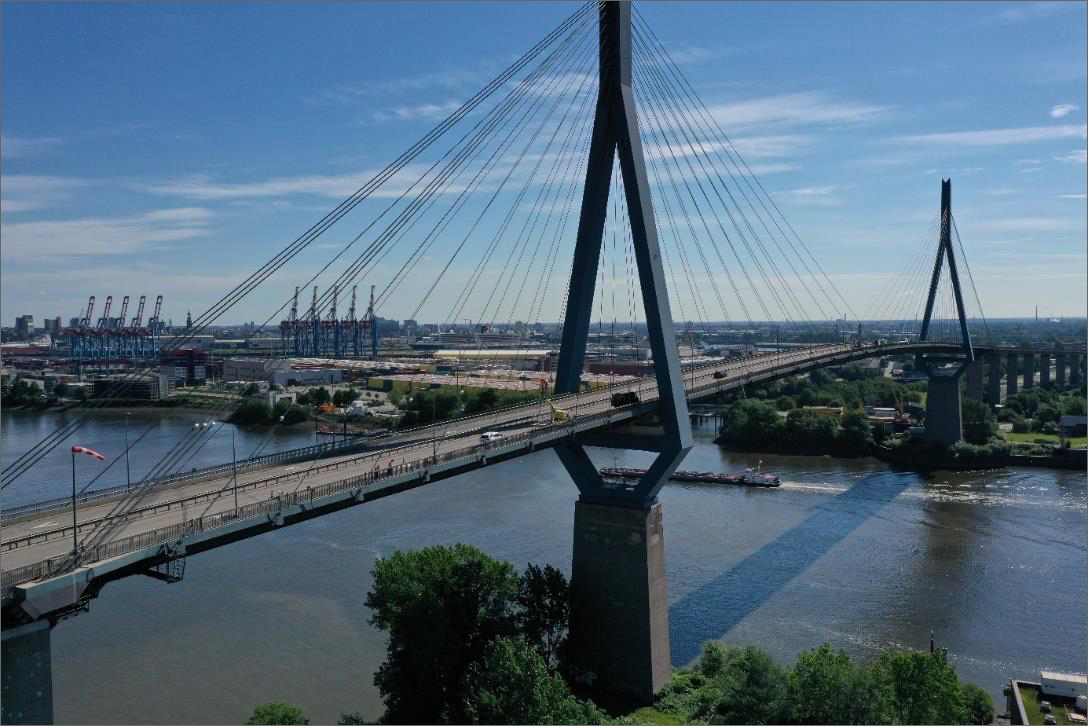 Given the age of the bridge and the amount of daily traffic it needs to support, the structure needs to be constantly monitored in order to detect any problems and carry out repairs to ensure safety and minimize disruption to traffic. The conventional inspection and maintenance process is “reactive,” in the sense that things get fixed when they break. With the emergence of digital twin technology, the Hamburg Port Authority — which is responsible for operating the bridge — recognized the potential of a digital twin for enabling “predictive” maintenance, where the bridge is continuously monitored in real time to detect and fix any possible issues before they become full-scale problems that can hamper the operation and safety of the bridge. This was the genesis of the “smartBRIDGE Hamburg” project, which was initiated in 2019 (Figure 2).

Creating the digital twin of the bridge required, first and foremost, the BIM model of the bridge to be created. Since the bridge was originally built in the early 1970s when the concept of BIM did not exist, the BIM model was created from scratch. And because the bridge already exists, there were no “design model versus construction model” issues to be reckoned with, which typically come up for new projects using BIM. The BIM model of the Köhlbrand Bridge is therefore the “as-built model” of the bridge, created in multiple BIM applications (Figure 3), and supplemented by reality capture, aerial imagery, and other technologies that allow the geometry of the existing bridge and the surrounding context to be accurately captured in the BIM model.

It should be noted that despite the BIM model being of the “as-built” bridge, creating it was still a very involved process requiring a BEP (BIM Execution Plan), a decision on the taxonomy of the elements and the LOD (level of detail) of the model, the use of several multi-disciplinary applications by an extended project team which had to collaborate to create the model, the use of IFC and OpenBIM for interoperability between the different applications, the use of model-checking applications as well as BCF (BIM Collaboration Format), and most of the additional tasks and processes that go into designing and constructing a project using BIM.  Figure 3 provides a snapshot of all the applications and processes that were involved in the creation of the BIM model, while Figure 4 shows a detailed view of the superstructure of the bridge in the BIM model. 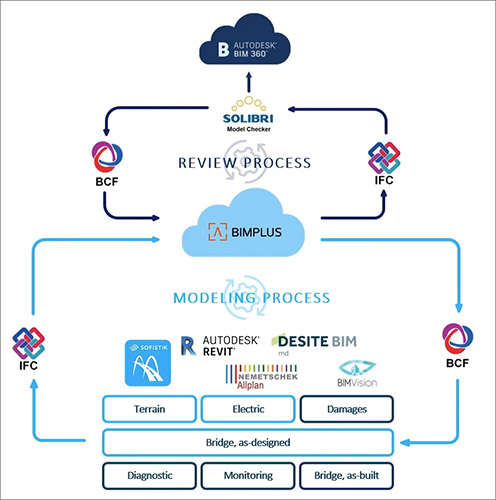 Figure 3. The applications and processes involved in the creation of the BIM model of the bridge. 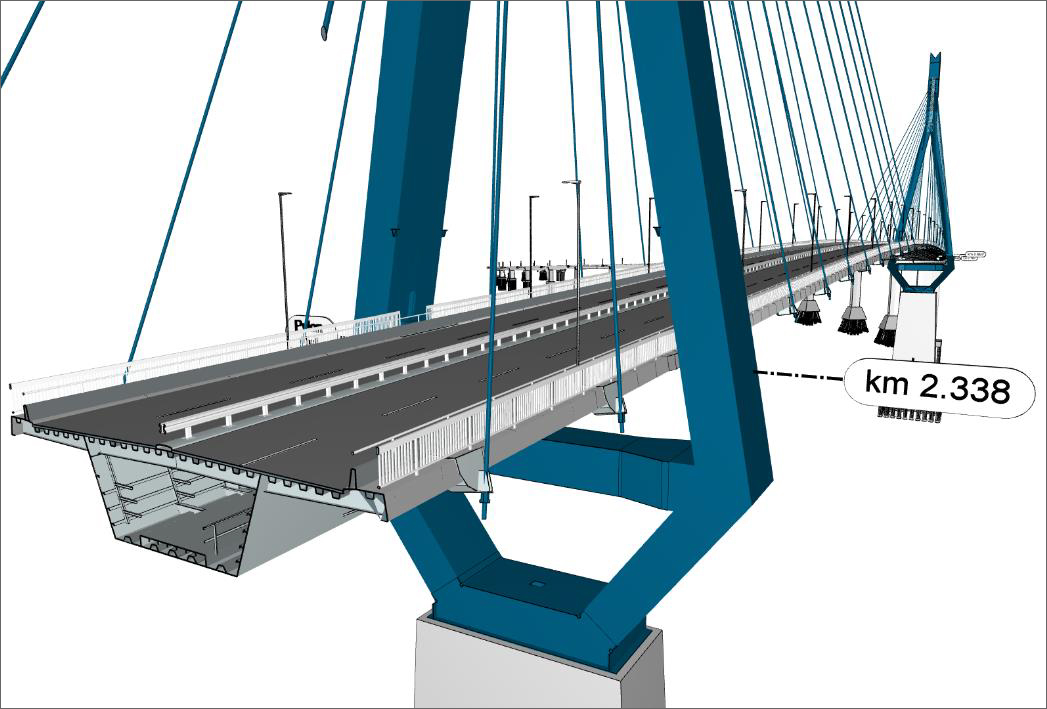 Figure 4. View of the superstructure of the cable-stayed bridge in the BIM model.

To convert this static BIM model of the bridge to a dynamic digital twin, it was integrated with two other key data sources. The first was the IoT system that collects and analyzes the real-time data from the sensors placed at strategic locations of the bridge that were identified as critical to monitor. There are over 500 of these sensors, and each physical sensor has a corresponding digital sensor in the BIM model. The second key data source that was integrated with the BIM model and the connected IoT data was the traditionally collected bridge inspection and maintenance data. All of this aggregated data, localized within the BIM model, was made available to the asset management system of the bridge that is used for operating and maintaining it.

In order to effectively use the digital twin for the operation and maintenance of the bridge, the smartBRIDGE Hamburg project team developed a sophisticated browser-based interface for visualizing it. As shown in Figure 5, it allows you to drill down all the way into the details of each individual component, including each sensor. Since the sensors are capturing data in real-time, the bridge engineers can determine the exact conditions of the bridge at any time. 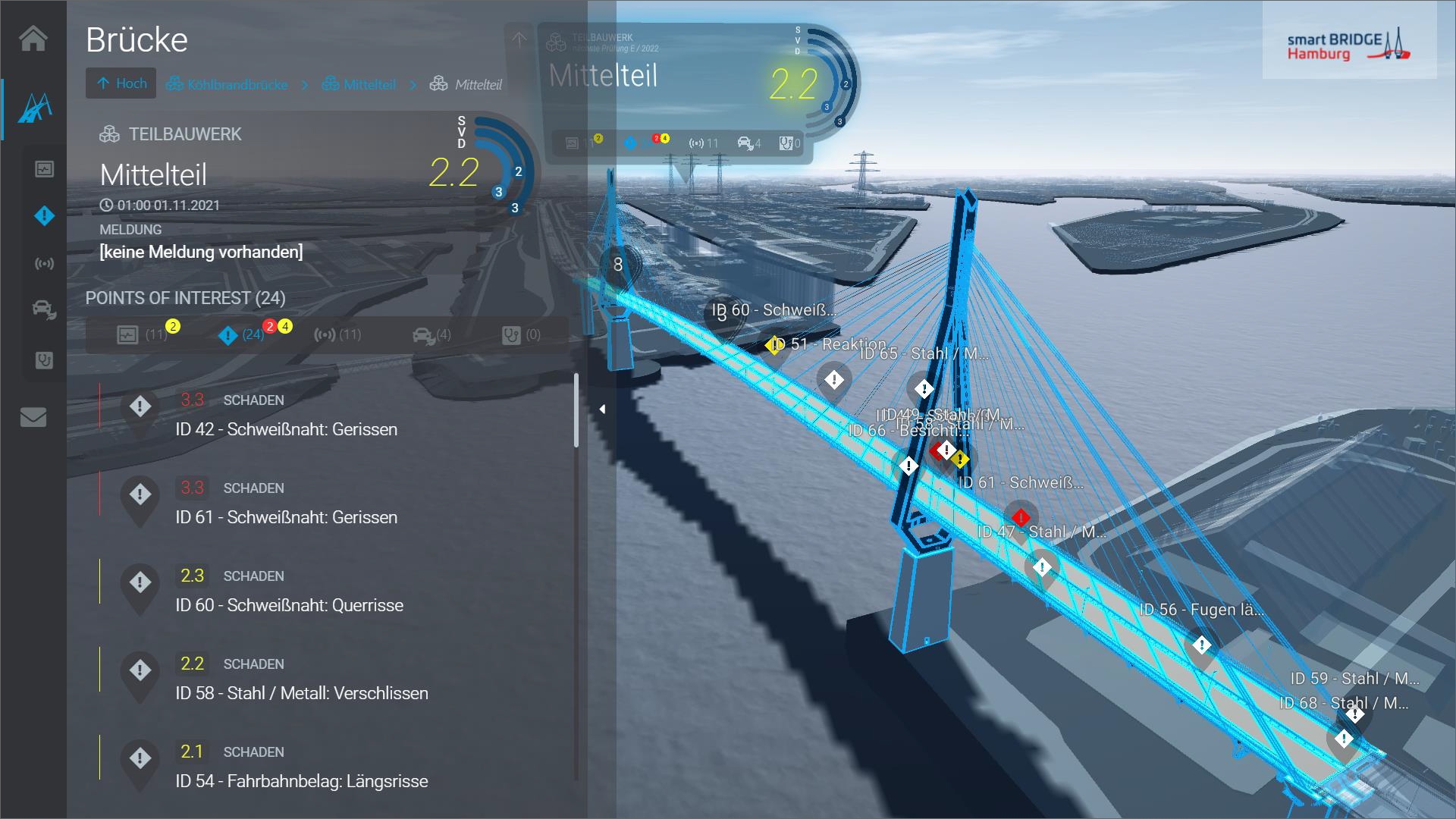 Figure 5. The visual interface that was developed for the digital twin shows the 3D BIM model on the right and detailed information about selected elements on the left. The items in red indicate critical damages that need to be urgently addressed. (The interface is in German and might be hard to understand for non-German speakers.)

In addition to numeric data, each element in the digital twin has an associated photo that shows its physical location, integrating the digital with the physical (Figure 6). This also allows the asset managers to better analyze the situation and plan the repair for any damaged elements that are highlighted in the visualization. 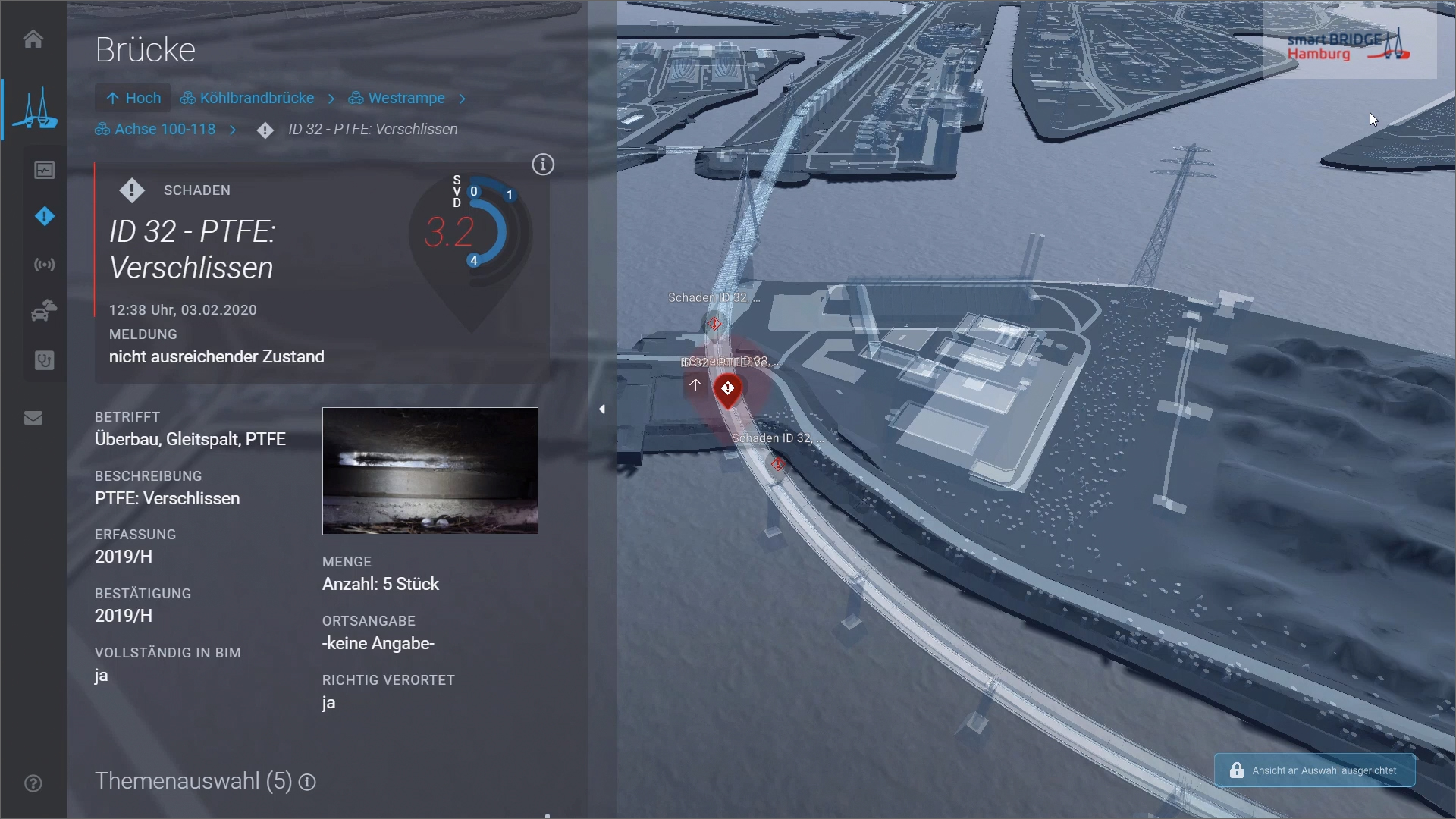 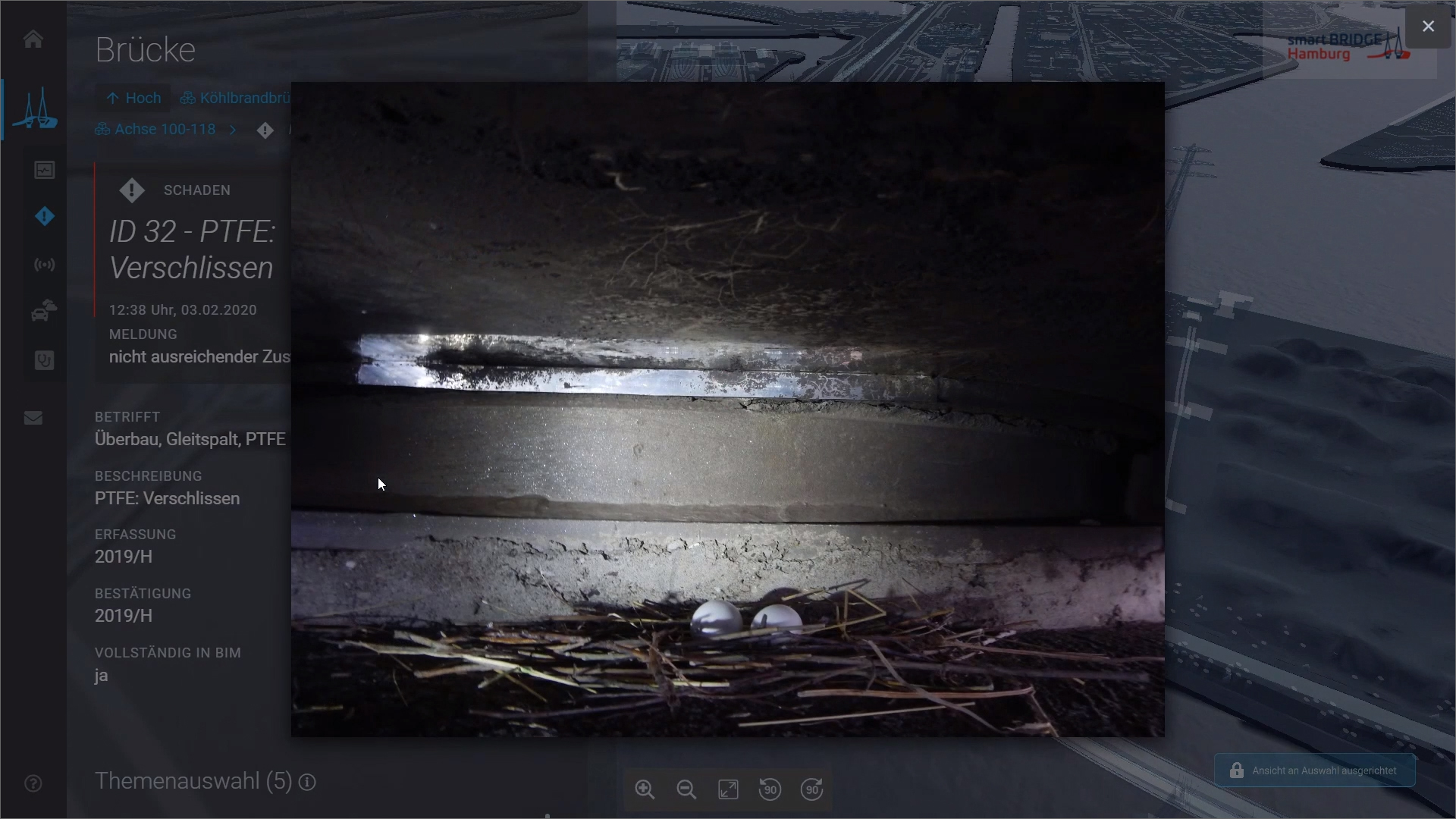 Figure 6. Exploring the details of one of the damaged elements, which shows the photo associated with it. The photo can be clicked to enlarge it, which is shown in the lower image.

In addition to being able to visualize the entire bridge structure in full detail, right down to its individual components, and determine what is happening with any component at any time thanks to the real-time monitoring of the sensors, one of the key benefits of the digital twin is to be able to set up automatic maintenance alerts. For example, consider a sensor that monitors stress in a structural component. It is sending that data in real-time to the IoT hub, which is connected to the digital twin. An alert has been set up to issue a notification if that sensor reading crosses a certain threshold, which can be above normal but below the level that would necessitate a repair flagged by a physical inspection. That structural component can now be repaired prior to it becoming a safety issue and avoiding a disruption in the operation of the bridge.

In addition to continuous monitoring of the bridge’s condition, the digital twin also allows what-if analysis by simulating all the variables that impact the analysis being done. An example of this is shown in Figure 7, where the number of wire breaks in the cable-stayed part of the bridge that would make its condition critical is determined. With this kind of analysis, the bridge engineers are not only alerted in advance of needed maintenance, but they can also test the bridge for hypothetical scenarios such as an increased wind load or more traffic on the bridge and assess if the bridge will hold up under these conditions. This goes even beyond the “predictive maintenance” goal of the digital twin, allowing the bridge to be retrofitted for a potential scenario that hasn’t happened yet, but may happen in the future. 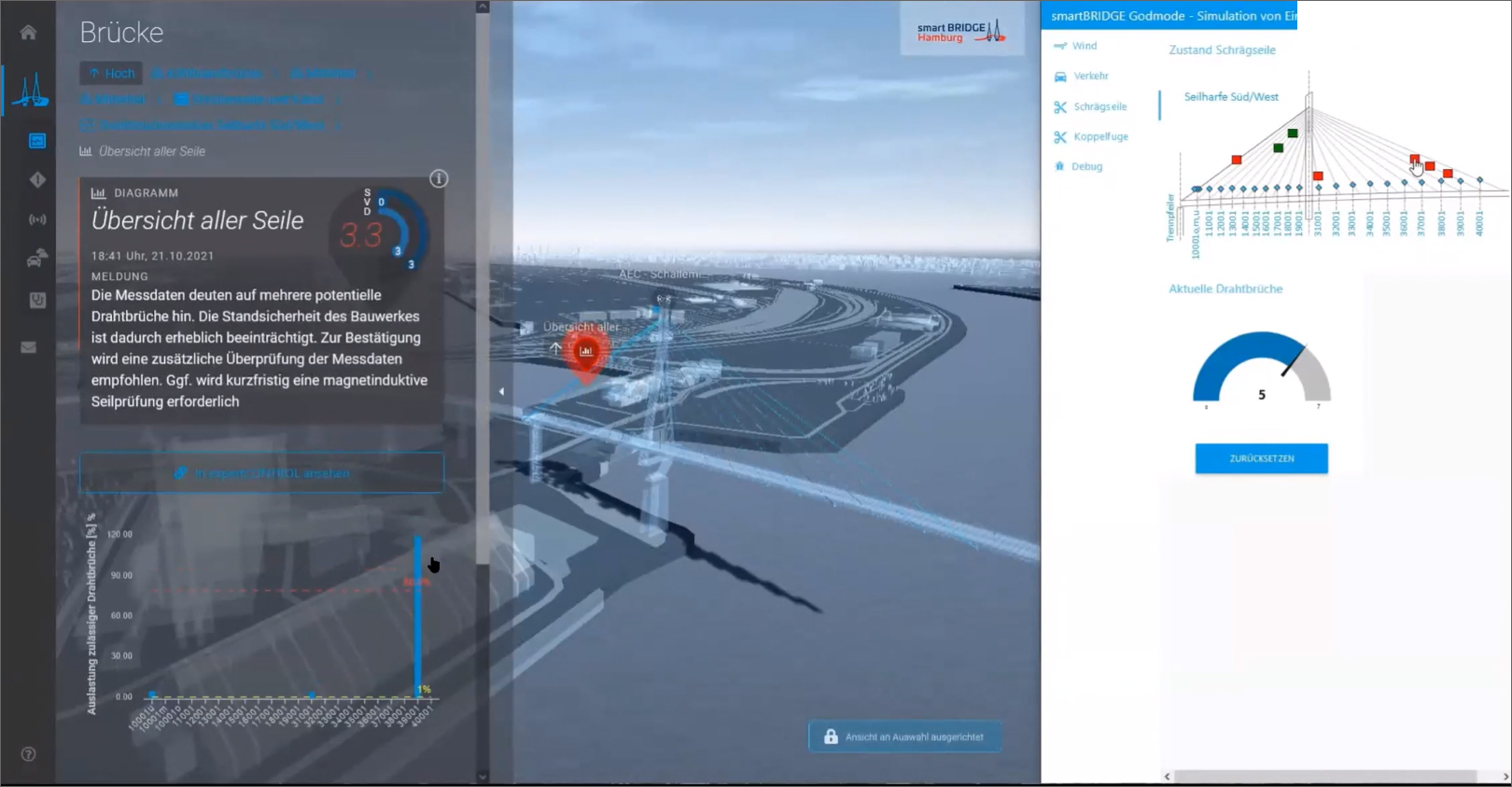 Figure 7. An example of what-if analysis using the digital twin of the bridge.

While a digital twin is important, of course, for individual buildings to operate them more efficiently (see the article, “BIM for FM at UCSF”), it is even more critical for infrastructure, given the amount of people who need to use roads, bridges, railways, etc., on a daily basis. It can tell us about these infrastructural assets before they break down, allowing timely repairs that will avoid any disruptions to traffic, that are efficient and cost-effective, and above all, that will improve their safety and safeguard the lives of the people using them. 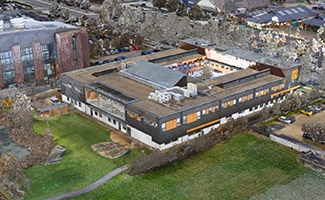 The AEC industry has gone from manual drafting to CAD, then from CAD to BIM, and now from BIM to digital twins. This paper explores the technology of digital twins and its potential in the AEC industry to go much further than BIM in terms of impact and benefits. 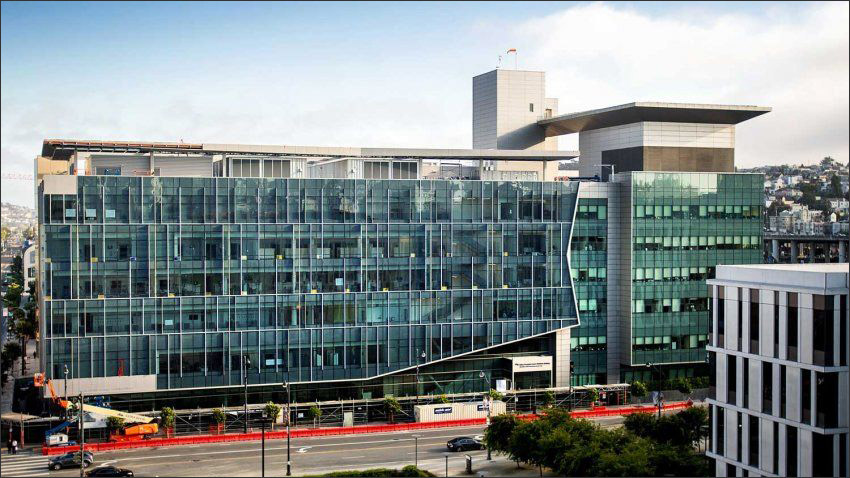 This article provides an overview of how the BIM-FM integration was done on the new UCSF (University of California, San Francisco) Medical Center in Mission Bay. The effort has taken years, but it is finally ready and in use in the real-life operation and maintenance of the hospital. 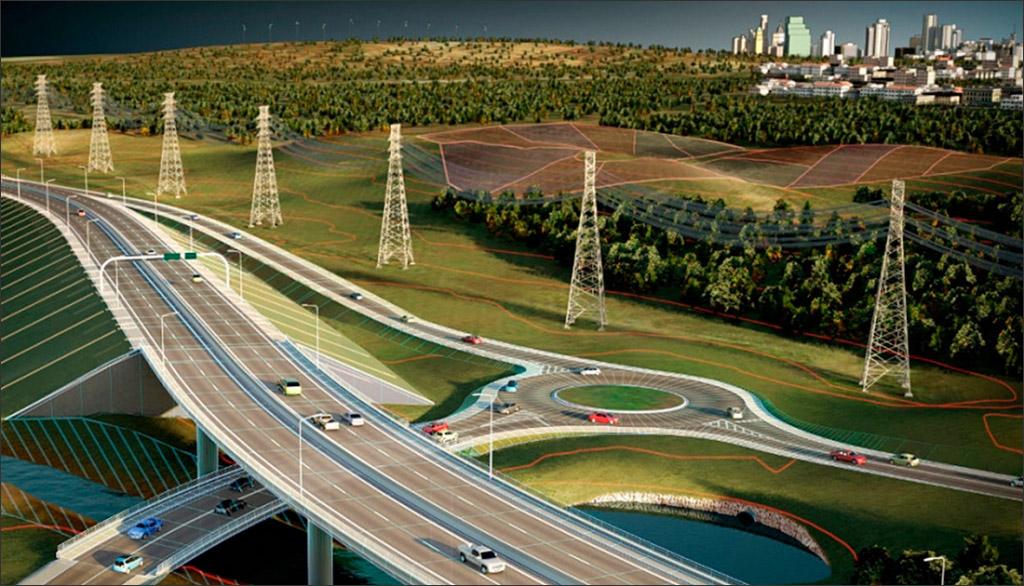 This article is focused on capturing the developments in the software available for BIM for infrastructure, including solutions from Site3D, CGS Labs and SierraSoft, Allplan Civil Engineering and Allplan Bridge, Autodesk Civil 3D and InfraWorks, and the many solutions from Bentley.

The “Beehive Bridge” is a 265-foot-long highway overpass in the city of New Britain, Connecticut, connecting the two parts of the city that are divided by a highway. Svigals + Partners, an architecture, art and advisory firm describes the implementation of AEC technology on this project.