Last week, Graphisoft had the annual launch of its product family, which was a special one this year as it was its 40th anniversary as a company. While the launch event was streamed virtually, I also had the opportunity to attend it in person in Budapest with a group of other media professionals and talk to Graphisoft’s executive team to better understand the company’s current focus and future vision. 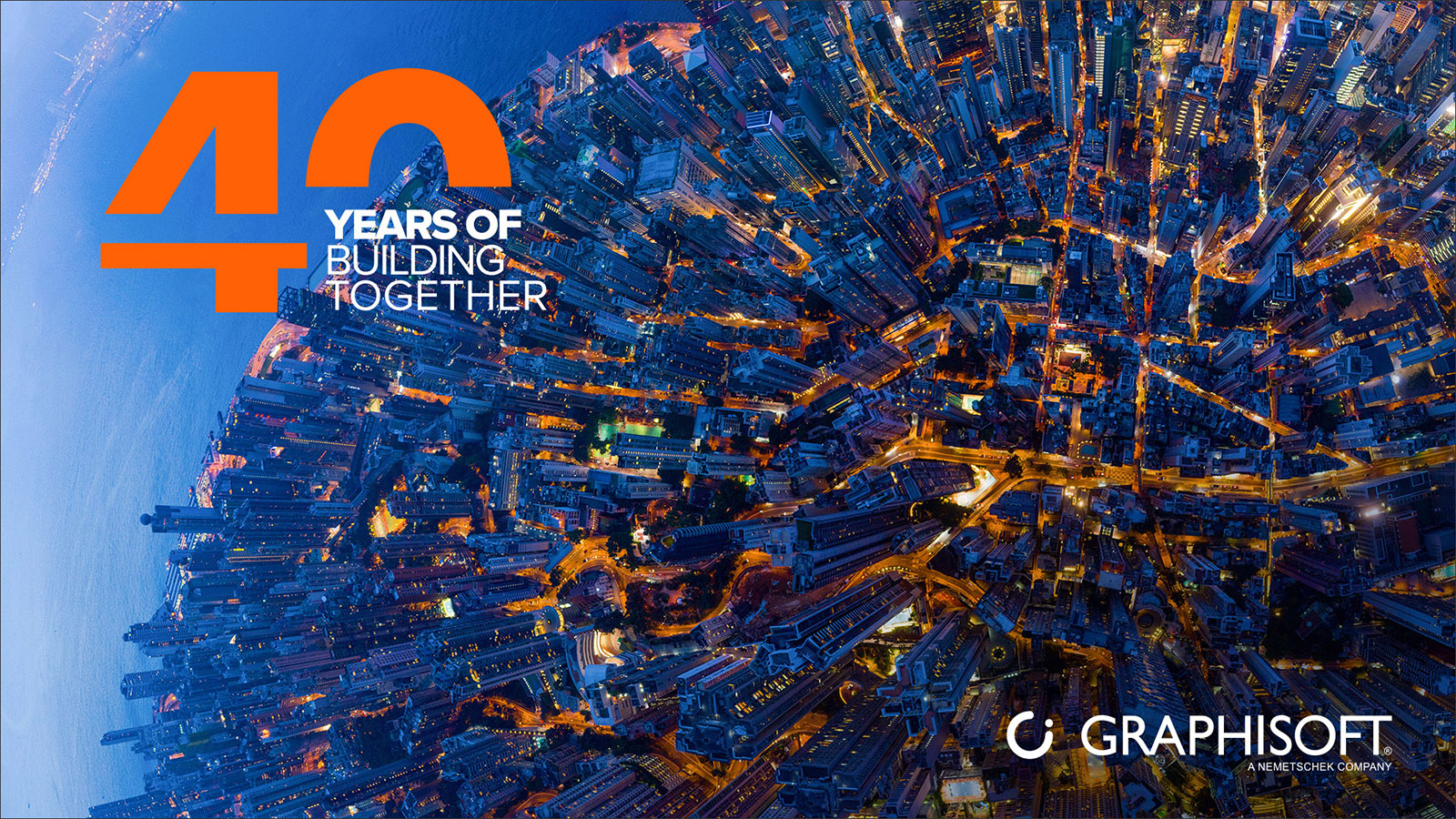 An overview of the key product updates that were shared, as well as a future roadmap, are captured in this article.

In addition to the official release of version 26 of its flagship BIM application, Archicad, and updates to its BIMx mobile and web model viewing app and its BIMcloud cloud collaboration solution, the biggest news from Graphisoft at this year’s launch was the addition of the MEP BIM application, DDScad, into its ecosystem. This follows from Graphisoft’s merger earlier this year with the developer of DDScad, Data Design System (DDS), which has now been rebranded as Graphisoft Building Systems. This furthers Graphisoft’s position as a multi-product AEC technology company that can provide a multi-disciplinary BIM solution as opposed to primarily an architectural one.

DDS and Graphisoft have been sister companies within the Nemetschek Group since 2013, and they decided to merge after discovering, as part of their joint work within the group, that the strengths of the two companies complemented each other well. Rather than an all-in-one MEP BIM application, DDScad is modular with separate applications for Mechanical, Electrical, and Plumbing, so engineers can buy only the specific application that they need. In addition to the required capabilities for design, calculation, and analysis for the different MEP disciplines it serves, DDScad is also a stand-alone application, with both 2D CAD and 3D BIM capabilities. In other words, no additional application is needed to work with it.

In addition to the traditional DWG and PDF support for documentation, DDScad also supports the OpenBIM workflow with IFC, allowing BIM models to be exchanged with other OpenBIM applications and includes clash detection features for multidisciplinary coordination. The product lineup also includes a free Viewer that can be used to view, merge, and analyze models in common BIM formats like IFC and BCF. The implementation of DDScad is particularly strong in Europe at the moment (Figure 2), and the merger with Graphisoft should allow a more global expansion of the product. 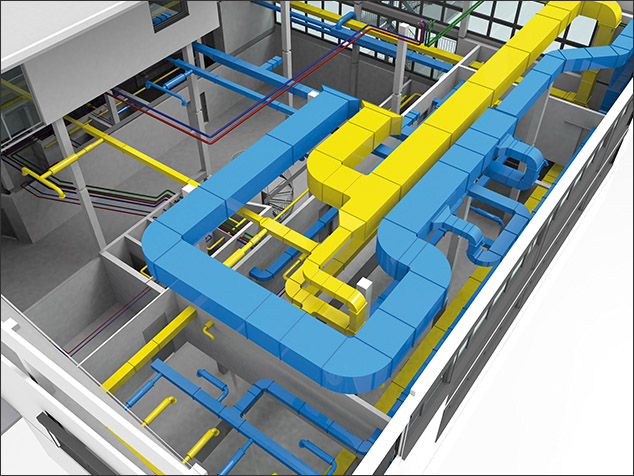 Figure 2. The implementation of DDScad in a new building in the headquarters of the company Layer-Großhandels GmbH (Layer) in Tettnang, Germany. (Image courtesy: https://www.dds-cad.net/products/user-cases/schneider-energy-revolution-with-bim/)

In addition to DDScad, there are several enhancements to Graphisoft’s core product lineup. For the new version 26 of Archicad, the key design and documentation updates include the ability to include multiple rules in graphic overrides to create more informative views, navigator search that streamlines the management of large views and documentation sets, improved management of attributes with the ability to organize them in hierarchical folders, the ability to import multiple pages from a PDF with just one click, and new autotext capabilities for more accurate documentation. On the collaboration front, the interoperability with structural analysis applications continues to be improved with automatic live load generation and “one click” information exchange via the SAF format (Figure 3). 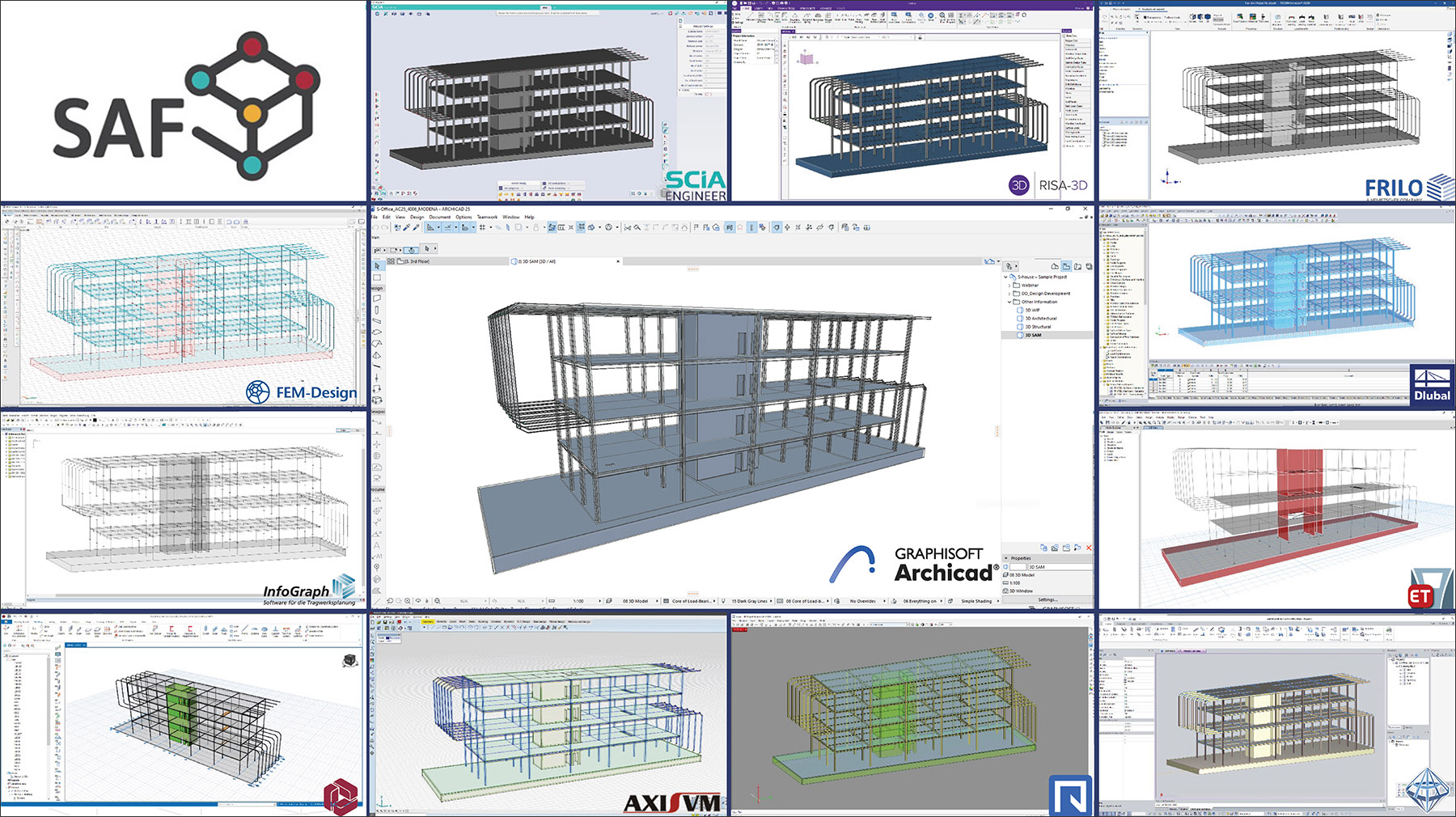 On the visualization front, one of the most exciting enhancements is an integration with the real-time rendering application, Enscape, which is growing in popularity (see the review of Enscape published earlier this year). Although this is currently available for subscription customers only, it is still a technological leap forward for Archicad and should serve its customers well (Figure 4). Other features available to subscription customers include Library Part Maker, which allows architects to develop their own parametric object library, such as doors, windows, etc., without scripting; improvements in the Python API for creating more advanced automations and customizations with programming; and additional surface catalogs for rendering. 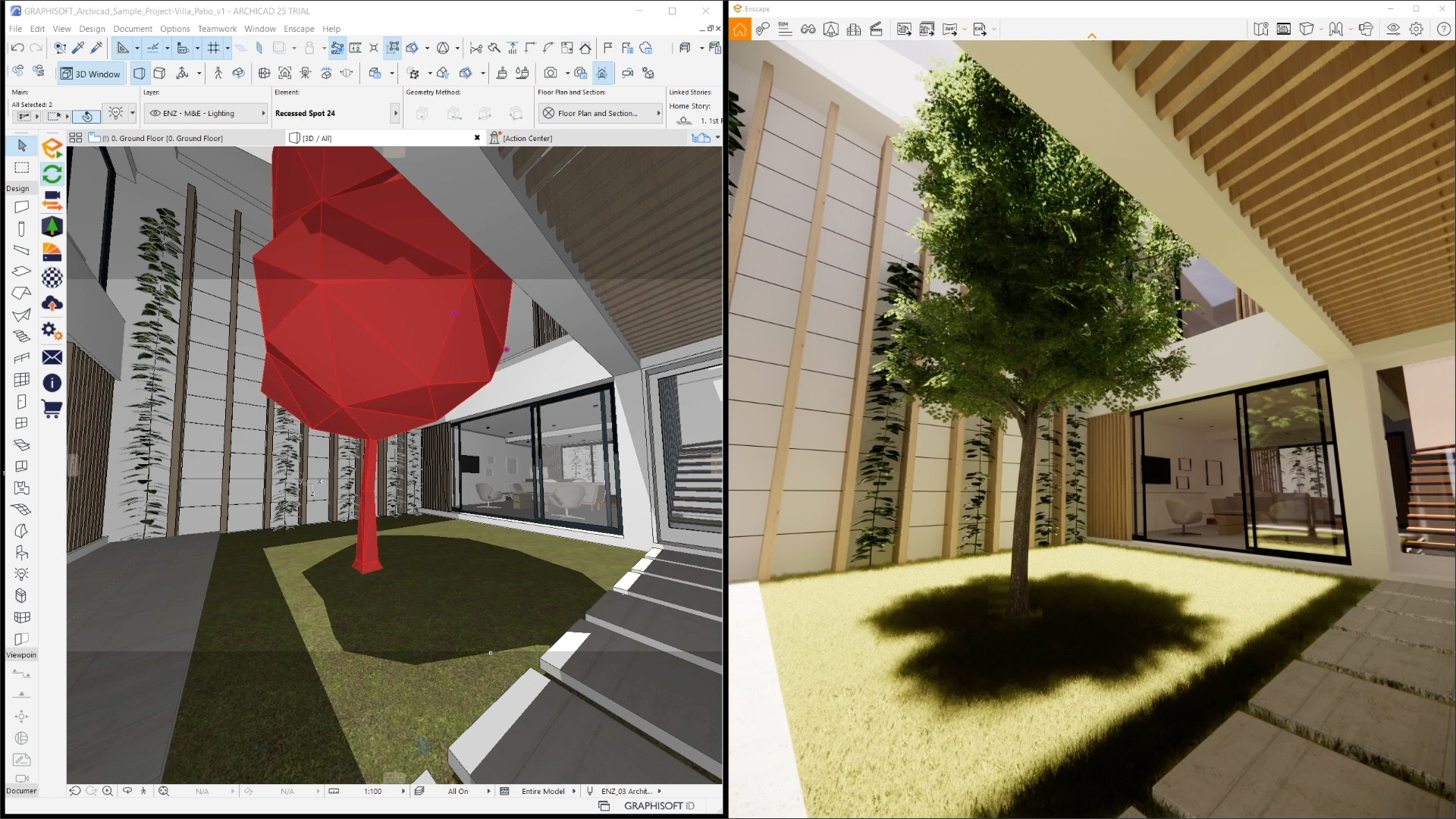 We will take a more detailed look at these and additional updates in a dedicated review of Archicad 26 next month.

For Graphisoft’s BIMx mobile and web app for viewing and navigating BIM projects — including both the 3D models and hyperlinked 2D drawings — in a slick, interactive, and intuitive interface, updates in the new version include better texture quality controls when exporting Archicad models to BIMx for optimal visual quality and file size, changes to the BIMx format to boost performance, a simpler publishing workflow, and improvements in lighting and rendering including real-time shadows. For BIMcloud, Graphisoft’s cloud collaboration solution, enhancements include improved security protocols, increase in storage to over 100K files, and improved version control. The BIMx viewer is now also embedded in BIMcloud for stunning visualizations in the cloud, as shown in Figure 5. 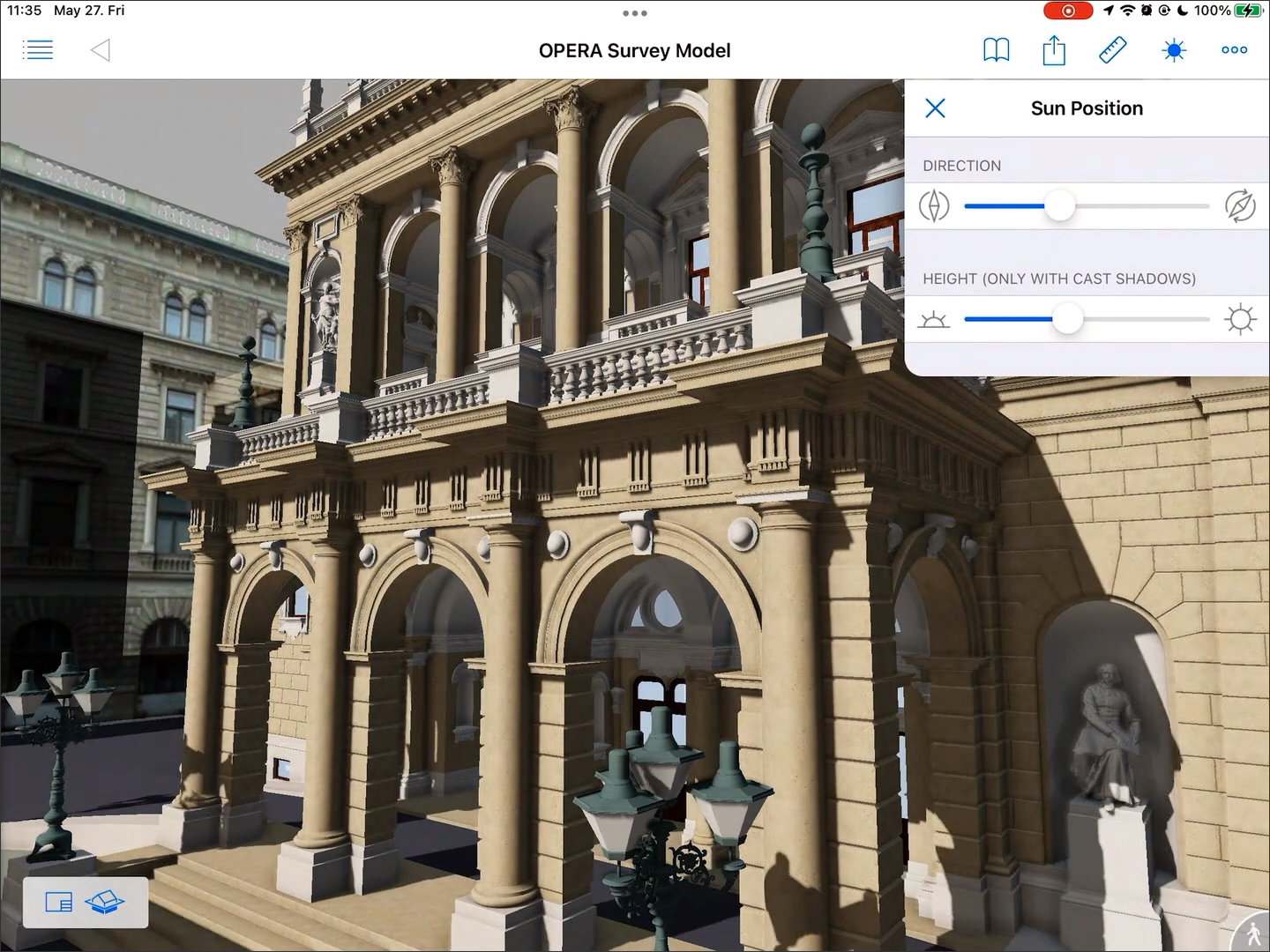 At the Launch event, Graphisoft shared its product roadmap for the four main aspects of its solutions — Architecture (Archicad), Multidisciplinary Design (DDScad and OpenBIM integration with other BIM applications), Design Team Collaboration (BIMcloud and BIMx), and Service and Support (Graphisoft Forward subscription plan, Graphisoft Learn, and Graphisoft Community). For each “lane” of this multilane roadmap, the vision for the next four years was articulated. So, for instance, the strategic milestones for architecture can be seen in Figure 6, while that for Design Team Collaboration can be seen in Figure 7. 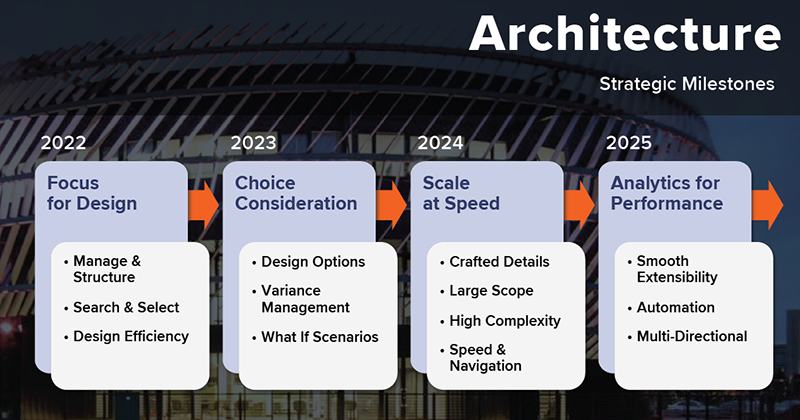 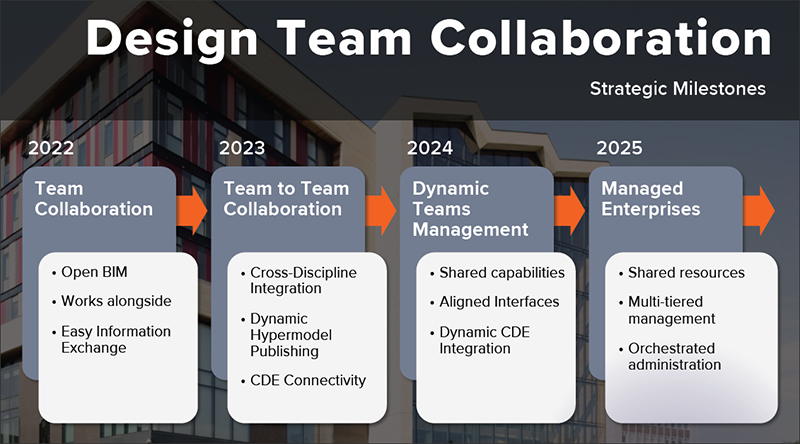 Another aspect that was shared was the revamped product architecture to support multiple products, including a BIM Authoring platform that can support multiple disciplines, add-ons and libraries for extension and customization, and different cloud services to augment the capabilities of the individual applications (Figure 8). 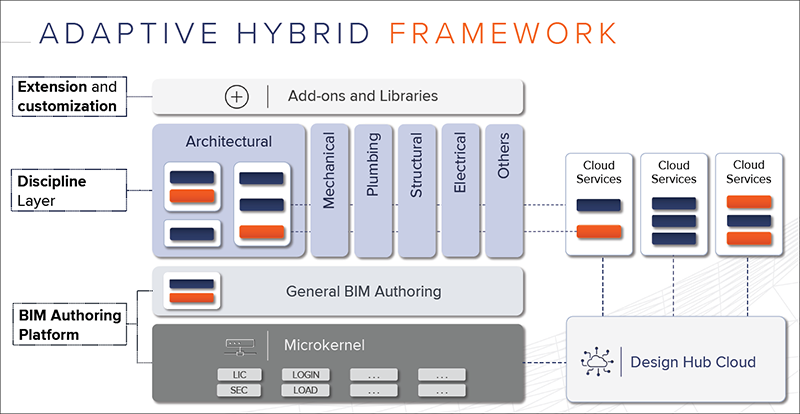 Figure 8. The revamped product architecture to make Graphisoft’s platform faster and nimbler in delivering new capabilities, features, products, and services for its applications on the desktop, cloud, and mobile devices.

In the short term, we should see closer integration between Archicad and DDScad to have both architecture and building systems engineering on one platform. At this point, there are no plans to bring a structural BIM application into the fold, as the structural modeling tools in Archicad are already very robust and can be used to connect to leading structural analysis applications like RISA through the SAF format. Another short-term enhancement for DDScad is integration with BIMx and BIMcloud — this is actually coming up in the next release of DDScad, version 18, planned for October.

Another exciting feature planned for next year is the integration of BIMcloud with other CDE (Common Data Environment) applications such as Autodesk BIM360, Allplan Bimplus, Oracle Aconex, Bentley ProjectWise, and others. With regard to new technologies such as Artificial Intelligence, Machine Learning, Generative Design, etc., the flexible platform architecture shown in Figure 8 will allow them to be brought in to automate tasks and tedious grunt work. With regard to digital twins, Graphisoft is looking past the buzz and is focused on creating a robust BIM to which you can connect the APIs for creating a digital twin. It foresees closer integration on this with Spacewell, a sister Nemetschek company focused on building control systems.

I found the addition of DDScad to Graphisoft’s portfolio the most exciting takeaway from the launch event, making Graphisoft more of a multi-disciplinary platform that being just the “Archicad” company. While it does not have a full-fledged structural BIM application in its product lineup, it is continuing to make improvements in every release of Archicad to its structural analysis model (SAM) that can be used to connect easily to the most commonly used structural engineering applications. The integration with Enscape, coming shortly after its integration with Twinmotion that was announced in 2020, opens up the field of visualization applications to Archicad users and will be greatly appreciated.

Graphisoft is known for its strong focus on its customers, and its new service and support initiatives — formalized into Graphisoft Forward, Graphisoft Learn, and Graphisoft Community — will help to bring the users of its products closer together, interact and learn from each other, and foster a sense of community. It is also worth noting that Graphisoft does not try and strong-arm its customers into signing up for subscription plans — they can stick with their perpetual licenses if that works better for them.

Overall, it was a significant product launch event for Graphisoft, an especially memorable way to celebrate its 40th birthday. It’s great to see a company with so much staying power, and which is still continuing to develop tools that can be used by AEC professionals to design buildings for people that work well and look good. 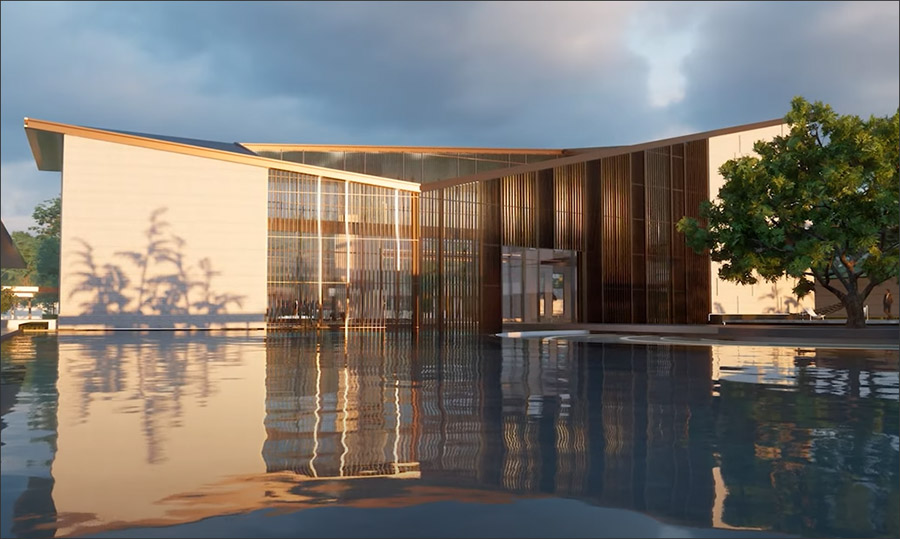 This review explores Enscape, a real-time photorealistic rendering application that connects directly to Revit, Archicad, SketchUp, Rhino, and Vectorworks, allowing designers to see their models in real time and present them to clients. 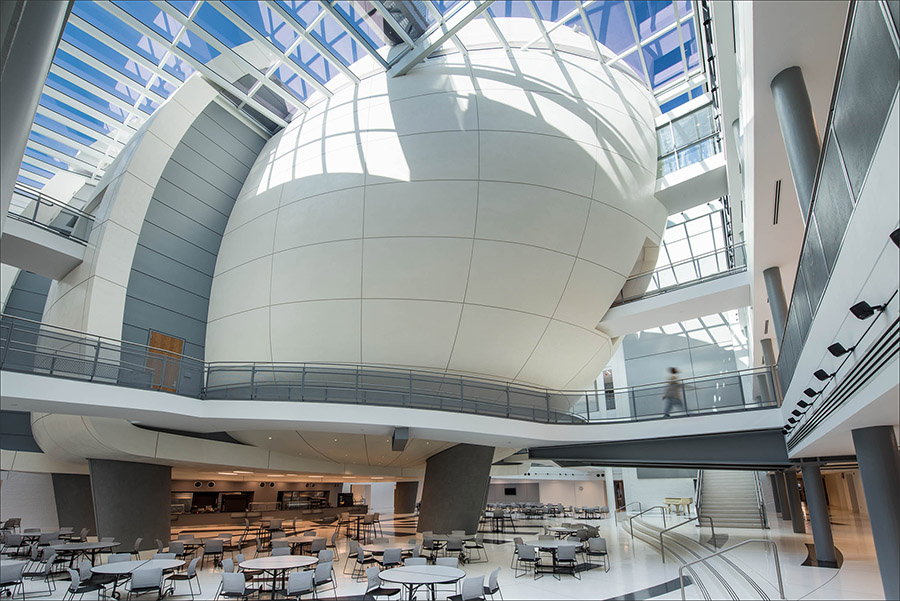 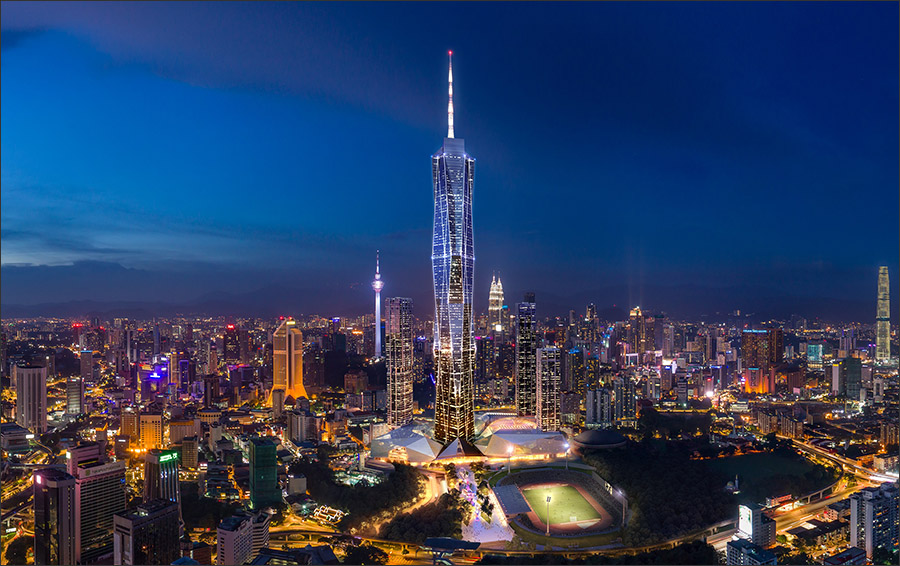 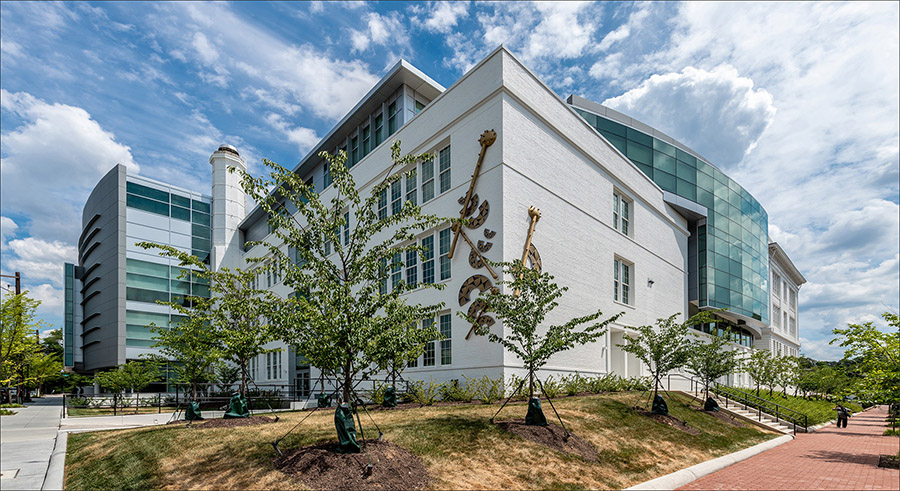 Limitless Lessons from DESA: A Story of Collaboration